The Ethernal Idol. A special Guest Project by Japanese artist Kuwashima. Working in photography and installation, Kuwashima's body of work is a contemporary homage to the archaeology of Japan's distant Neolithic past... 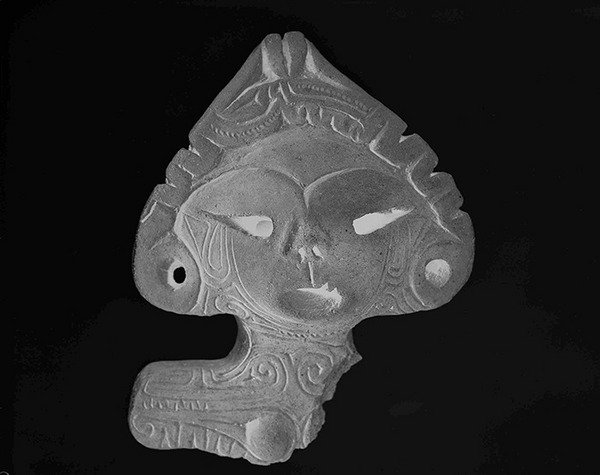 I felt like Taylor from the Planet of the Apes (1968) when I first set my eyes on a dogū.
In the last scene, Taylor finds the destroyed Statue of Liberty and is damned that he has returned to his own civilization having traversed through time. My encounter with the dogū is indeed the same as Taylor’s discovery of the statue.

Union Gallery is pleased to host The Eternal Idol - a special Guest Project by Japanese artist Tsunaki Kuwashima. Working in photography and installation, Kuwashima‘s body of work is a contemporary homage to the archaeology of Japan’s distant Neolithic past. His studies of figurines and Dogū from the Jōmon period (c 10,000 BC - 300 BC) represent a longstanding fascination with excavated objects and the long-lost worlds of his Jōmon ancestors.

Dogū are humanoid artifacts shaped in clay found in archeological sites across Japan. Whether they were gods, toys or everyday objects is open to conjecture. Often female in form, they are thought to be effigies associated with fertility or shamanistic rites.

The use of Dogū imagery is a recurring feature in Kuwashima’s work. In his series Cube Sakai, Cube Banzai and Cube Mask (2013) they are found printed onto very rare FUJI Hi Metallic Paper and encased in mirrored cube structures. The Mannequin (2013) is a mannequin produced by craftsmen that features the head of a Dogū – a hybrid creature of contemporary and ancient proportions. Through his work Kuwashima is continually revisiting, rediscovering, readdressing and revitalizing the role of archaeology and culture in the expression of the human form. The Eternal Heart (2013) is a series of Dogū prints hung in a heart-shaped formation. Kuwashima considers the Dogū to hold an everlasting and fundamental truth, one that has survived death, decay and destruction. These archaeological finds are for the artist: ‘letters without text addressed to us in the 21st century’.

Tsunaki Kuwashima was born in Yoshiwara, Tokyo in 1972. In 1994 he moved to London to study fine art and photography at Central St. Martins College and The London College of Printing. He returned to Japan in 1998, opening his own studio in Yamanashi where he worked professionally in advertising and magazine photography. Since 2000 he has made work focusing on Japanese culture. His first body of work Togyu (bullfighting) forms part of an ongoing series of photographs studies of bullfighting, dog fighting and cock fighting. His series Togyu-tou Tokunoshima (The Island of Bullfighting, Tokunoshima) and Shuan are featured in the collection of The British Museum and the V&A. Works from his series Kuon - Eternity form part of the collection at the Sainsbury Institute, UK.

SPECIAL EVENT: 8th August, 6.30pm, Open Reception with the artist answering queries about his work.
WORKSHOP: 21-22 August at Sainsbury Institute, Norwich. www.sainsbury-institute.org
PLEASE BE AWARE ON 21st AND 22nd THE GALLERY WILL REMAIN CLOSE
For more information please contact us at laura@union-gallery.com or +44 (0)23 176 7303