Make every show like it's your last. Making the most of an extremely effusive imagination, Gander does his utmost to offer works which tend to re-visit the conceptual art arena, not without wit. 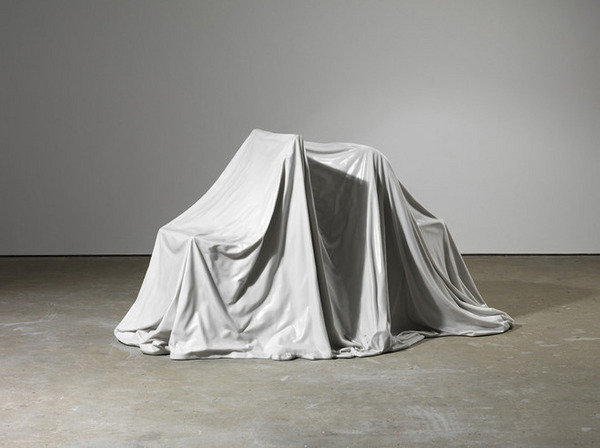 The Frac Île-de-France — Le Plateau is presenting Make every show like it’s your last, the first solo exhibition of the British artist Ryan Gander in a Paris institution. Making the most of an extremely effusive imagination, Ryan Gander does his utmost to offer us works — using any type of different media — which tend to re-visit the conceptual art arena, not without wit.

Proposing wind at the Kassel Documenta, producing a remake of one of the key scenes in Julian Schnabel’s biopic about Jean-Michel Basquiat, presenting sealed boxes whose contents are seemingly described by texts on the wall, associating images, captions and comments in a discursive style, art — and in particular that art whose favorite subject is art itself — is, for him, a huge playground where the right thing to do is to redefine constantly the rules in order to play new games.

In this context, the basic author/work/viewer triptych does indeed represent the point of departure of works aiming precisely, in this reflexive manner, at experiencing all its motives.

As an author, Ryan Gander regularly appears in his works. When self-portraits are not involved — proposed without the slightest complacency, and very often borrowings of self-mockery — he gives us a raft of biographical data like so many elements informing what is being presented to us. But over and above this autobiographical form, which does not shrink from tipping over into a certain romanticism, it is above all to his thought processes that he invites us.

With Ryan Gander, the work usually appears like a form of enigma to be solved. However, far from a simple solution to be found, it is indeed the status of the work, its role, which it is a matter of revisiting : as it happens, the real “exhibits” proposed to us by the artist are to be seen as such, but aslso as the vehicles of a narrative, as the agents — confused and active at once — of a way of thinking that is deliberately on the move.

As for the viewer, we might say, unafraid, that he is the essential factor in the arrangement. Everything is addressed to him, and it is through his presence that the whole approach is justified. Everything is done for his perception to be called upon, his attention attracted, and his intelligence stimulated.

At Le Plateau, among the very latest works produced which will each tend to be incorporated in these three perspectives — makeshift shelters made by the artist’s child that have become marble sculptures, a parallelepiped in darkness with an undefined function, a pair of eyes in the wall reacting to the visitor’s slightest movement — there is one that clearly responds to this latter objective : a so-called advertising campaign organized by the British Ministry of Health aimed at encouraging imagination among the populace.