Otherness. I is somebody else

The featured artists come from different countries and backgrounds, they all carry within them this existential question of the Other. The exhibition completely plunges them into this private 'in between', giving them the opportunity to meet the Other within themself. 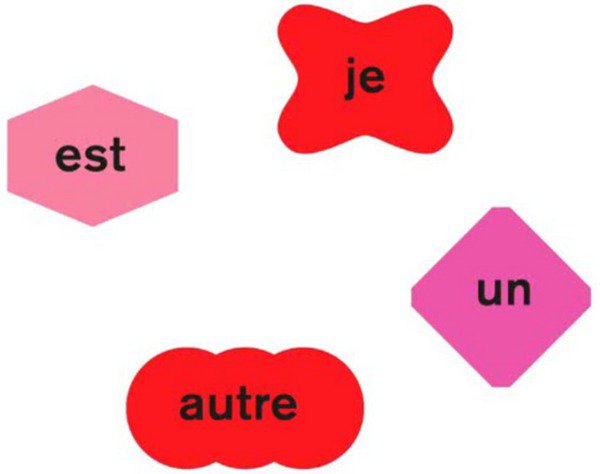 Who am I? Who is the Other, if not this separate being who is also a part of me?

The question of Otherness is universal, affecting both our ways of relating to the world and the construction of our own identity.

The 22nd exhibition at the Espace culturel Louis Vuitton takes the visitor on a voyage into their own hidden depths: an inward journey into unknown and shifting lands, an exploration of identity which, from the shores of the private self to the discovery of the Other, constantly pushes the limits of knowledge and of self-knowledge.

Although the featured artists come from different countries and backgrounds, they all carry within them this existential question of the Other. Pierre Molinier, a French photographer born in Agen in 1900 and who died in Bordeaux in 1976, uses self-portraits showing his own body in transvestite dress to express his cult of Androgyny. Alongside his work, Francesca Woodman’s floating and dramatised depictions of the fragmented body show a multiple self that blurs and disappears behind its own divisions.

The question of the body and how it is perceived is one of the fundamental issues of identity: young Israeli artist Gil Yefman deconstructs and transforms popular culture by knitting anthropomorphic dolls, which are both allusions to the notion of gender and a kind of obsessional therapy. The stage costumes of performance artist Leigh Bowery are the work of a man constantly seeking his countless identities. In his double self-portraits, photographer Tomoko Sawada takes on multiple female personalities, offering a somewhat humorous denunciation of the stereotypes of Japanese society. Living a life sheltered from the outside world in a kibbutz, Tal Mazliach paints an unbridled universe of disfigured faces and fantasised sexuality.

Otherness is not only a matter of gender, but also a matter of roots: a questioning of the social and political aspects of our world. The expressionist drawings of Reza Hazare, an exiled artist born in Iran and living as a refugee in Azerbaijan, show a multiple and schizophrenic world of double and distorted personalities. Meanwhile, Kader Attia chooses a restorative path that attempts to reconcile two forms of Otherness in a difficult compromise between nature and culture.

Finally, Eric Poitevin’s students from his workshop at the Beaux-Arts de Paris are given free rein, resulting in a silent contemplation of our world telling, through photograph and video, of a standardised society where the Other is anonymous.

Together, these works encourage the visitors to envisage new arenas and new ideas. The exhibition completely plunges them into this private “in between”, giving them the opportunity to meet the Other within themself.

To complement the thought process presented in the exhibition, the Espace culturel Louis Vuitton is organising series of unique events.