Carpets and tapestries by artists. This exhibition features over a hundred rugs and art of textiles created by modern (Francis Bacon, Pablo Picasso) as well as contemporary artists (Dewar & Gicquel, Vidya Gastaldon). 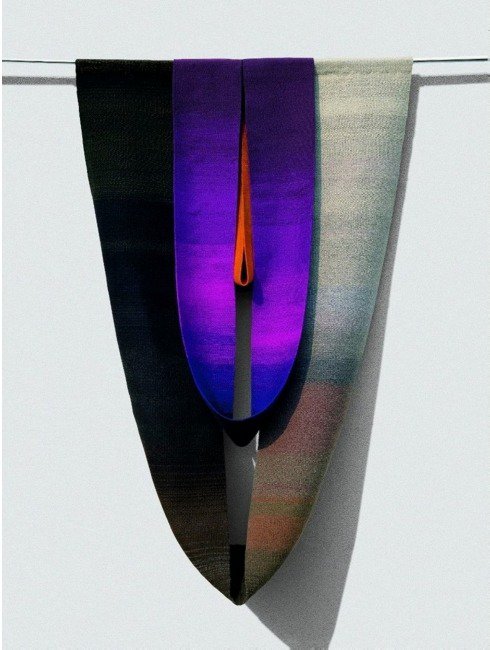 "Craft can be art but not all craft can become art."
Theodor W. Adorno 1)

"If the fate of works of art is indeed to end up blending in with the setting of the home, city, or museum, wouldn't the fate of settings be to blend in with works of art?"
Christian Bernard on John M. Armleder 2)

Decorum is a chance to discover the often unknown ventures into weaving by both major artists of the twentieth century, as well as lesser known artists (such as Guidette Carbonell). The exhibition also includes anonymous works from different time periods and regions in order to underscore meaningful similarities and differences.

The virtues of carpets and tapestries are numerous: visual and tactile, artistic and functional, they are also readily transportable (Le Corbusier qualified the tapestries as 'Muralnomad'). They transcend the usual limitations of decorative arts and interior design.

Until the late 19th century, painters like Lotto, Holbein and Delacroix restricted themselves to drawing tapestry cartoons or including Oriental carpets in their pictures. Over the course of the 20th century, however, the European avant-garde revolutionized textile art and practice; artists began weaving their own rugs, inspired by works from earlier periods or drawing upon ethnic and geometric motifs.

Since the 1960s, carpets and tapestries often bear a political or feminist message. Beginning with the new millennium, they have grown in popularity. Young contemporary artists like Caroline Achaintre and Pae White are now producing original works that blend tradition, non-Western influences and modernity, for instance through the use of innovative techniques such as digital weaving.

This exhibition challenges the preconceived notion of tapestry as a minor or anachronistic art form. The exhibition also recalls a little known aspect of the history of the MAM that had its own Textile Art department in the 1980s.

As guest artistic director, the London based artist Marc Camille Chaimowicz has designed the exhibition in collaboration with architect Christine Ilex Beinemeier. The ambient music (“furnishing music”) serving as the exhibition's audio backdrop is a playlist proposed by aesthetic lecturer Jean- Philippe Antoine.