The Giuliani Foundation for contemporary art

On this occasion, 10 works from the collection of Giovanni and Valeria Giuliani will be exhibited in the former Mallet-Stevens studio, home to the Hippocrene Foundation. In addition, a site-specific artwork has been created specifically. 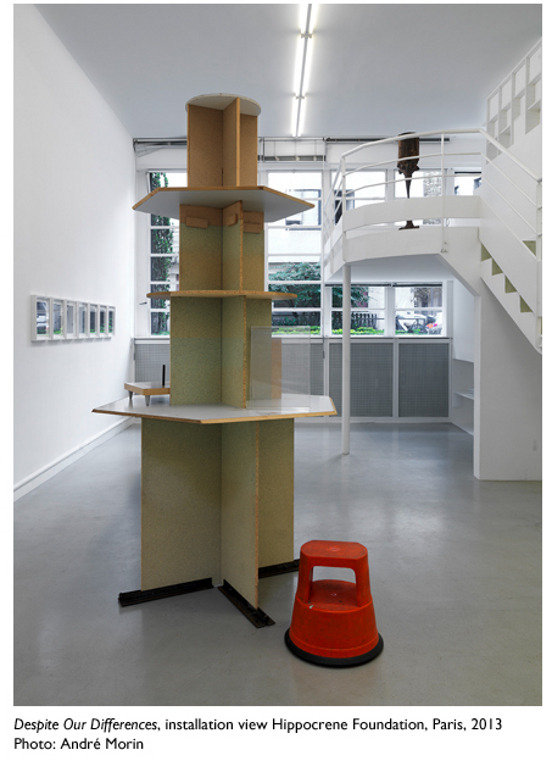 From October 7th to December 14th, the Hippocrene Foundation has invited the Giuliani Foundation for contemporary art, Rome to present works in its exhibition space. On this occasion, ten works from the collection of Giovanni and Valeria Giuliani will be exhibited in the former Mallet-Stevens studio, home to the Hippocrene Foundation. Ten pieces selected from some of the 400 works by international artists from the 1960s to today that make up this prestigious collection. In addition, a site-specific artwork has been created specifically for the exhibition.

In a deliberately pared-down selection of works, Adrienne Drake, exhibition curator and director of the Giuliani Foundation, has created a subtle dialogue with the host space, without saturating it. By integrating the works into this modernist architectural jewel, the installations, sculptures, photographs and video interact and dialogue with each other, and address the question of their conditions of display: a recurring question that forms, from one work to another, the sub-text of an exhibit that defines itself as a-thematic. Its layout reads as an inquiry into the definition of mediums of expression, of form, of purpose, of the materiality of a work of art, in relation to the viewer's perceptions.

Founded in 2010, the Giuliani Foundation for contemporary art supports and promotes young and mid-career artists in Italy and abroad. This entity, independent of the Giuliani Collection, produces on-site exhibitions and provides artists and the public access to its collection in order to open the works to new readings and to enrich the possibilities of their interpretation. The collection as a whole offers a panorama of the tendencies that have contributed to the history of contemporary art. It includes works by leading exponents of Conceptual Art, including Robert Barry, Ilya Kabakov and Sol LeWitt, as well as major figures of the Arte Povera movement: Giovanni Anselmo, Pier Paolo Calzolari and Jannis Kounellis. A wide core of the collection, however, is dedicated to today's artistic panorama, while constant close attention is paid to the recent practices and methodologies of the newest generations in art.

The Hippocrene Foundation is a state-approved non-profit organisation that aims to strengthen cohesion between young Europeans. The philosophy of the Foundation is in line with the march to European integration that began in the 1950s. What is most often at the root of creation and progress is the meeting between men and institutions within the framework of concrete projects. "We are uniting people", Jean Monnet would say.
Using this idea as a starting point, the Foundation has made it its mission to support concrete and innovative projects in relation with Europe and youth, and to foster meetings and networking opportunities.

The Foundation supports institutional, cultural and humanitarian projects with a European dimension. To submit a grant application to the Hippocrene Foundation, click on the heading "European project"/"How to submit a project".
Since 2006, Michèle Guyot-Roze, the President, and Nicole Merville, the Vice-President, have carried on the mission and the philosophy of the Foundation that was created in 1992 by their parents, Jean and Mona Guyot.
The name of the Foundation is a reference to the legendary fountain, fabled to have burst forth when the ground was struck by the hoof of Pegasus. Hippocrene became a much favoured source of inspiration to poets and Muses alike.