A multidisciplinary contemporary arts festival focused on the contextualized presentation of art from the Arab World. The 7th edition of Meeting Points is a series of successive exhibitions titled 'Ten thousand wiles and a hundred thousand tricks and taking'. 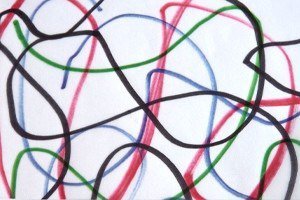 Curators: What, How and for Whom/WHW

Meeting Points is a multidisciplinary contemporary arts festival focused on the contextualized presentation of art from the Arab World. The 7th edition of Meeting Points is a series of successive exhibitions titled Ten thousand wiles and a hundred thousand tricks and taking place from September 2013 to June 2014 in several cities of Europe, Asia and the Arab world: Zagreb, Antwerp, Hong Kong, Moscow, Beirut, Cairo and Vienna.

Taking its title from revolutionary philosopher Frantz Fanon's book Wretched of the Earth, written in 1961 as a reflection on Algeria's liberation from French colonial rule, Ten thousand wiles and a hundred thousand tricks forays into interlaced subjects of revolt, forms of neo-colonialism, counter-revolution, co-optation, and counterstrategies for subverting oppressive infrastructures.

The title refers only indirectly to Fanon's analysis of the passage from colonialism to neo-colonialism and the transformation of anti-colonial revolutionaries into the administrators of a post-colonial order, but it does use his insight to assess the role of the middle classes in today's movements and configurations. This includes the new globalised class of artists, curators and intellectuals. Similarly, the "wiles and tricks" make us think of the creative counterstrategies for exposing, recycling and subverting oppressive infrastructures that have emerged in recent protests and uprisings. New alliances are being forged between political activism and aesthetic gestures. "Wiles and tricks" also alludes to the ever-shifting ground of unfinished social processes that we see in the Arab revolutions and in the ongoing radical reconfiguration of capitalist development.

The exhibition in Antwerp juxtaposes recent works by contemporary artists and filmmakers with historical positions, including a selection of works from the M HKA collection. Presenting artworks within an exhibition format imagined as a possible forum for critical pedagogy, the exhibition believes in the explanatory power of images across cultures and times, and understands the realm of images as a social location capable of mobilizing ideas.

Meeting Points 7 started in September in Gallery Nova in Zagreb, Croatia, where the exhibition included works by Filipa César, Iman Issa, Rajkamal Kahlon, Kayfa ta & Haytham El-Wardany, Maha Maamoun and Jumana Manna. A discursive program was organized for the opening days with lectures and screenings by Filipa César and Maha Maamoun, as well as a panel discussion on the possibilities of feminist resistance in the present moment. Sanja Iveković participated in the Zagreb edition of Meeting Points 7 with the performance Why an Artist Cannot Represent a Nation State.

Meeting Points 7 is curated by What, How & for Whom/WHW, a curatorial collective formed in 1999 and based in Zagreb and Berlin. WHW organizes production, exhibition and publishing projects and directs Gallery Nova in Zagreb. WHW is currently working on a long-term collaboration project, Beginning as well as we can (How do we talk about fascism?), and curating the exhibition Really Useful Knowledge, to open at Museo Nacional Centro de Arte Reina Sofía in Madrid in October 2014.