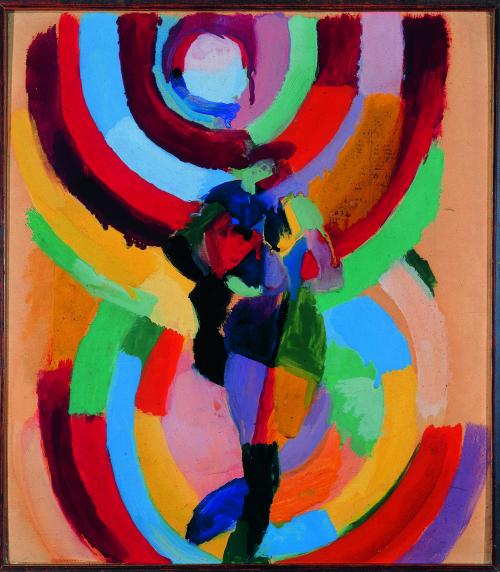 Rediscovering the ''Blaue Reiter'': A Unique exhibition in Ludwigshafen displaying approximately 200 major artworks - Early Jawlensky painting will be exhibited for the first time. In presenting the exhibition ''Der Blaue Reiter - Die Befreiung der Farbe'', the City of Ludwigshafen on the Rhine and BASF Aktiengesellschaft. Explore the diversity of the artists group ''Der Blaue Reiter'' at the Wilhelm-Hack-Museum from 12th November 2003 to 29th February 2004. The exhibition coincides with the 150th anniversary celebrations of the City of Ludwigshafen'' and displays many works that so far have not been exhibited to the public. The exhibition takes place under the patronship of the Prime Minister of Rheinland-Pfalz, Kurt Beck.

The exhibition has been curated by the Museum's director, Dr. Richard Gassen and will show approximately 200 pieces by 13 artists. The outstanding quality of the exhibition lies in its unique conception as well as in the excellent collaboration of national and international loaners, including many important private collectors.

Among the exhibited works is a unique discovery: During restauration works in 1990 at the back of Jawlensky's ''GroÃŸes Stillleben'' from 1937 a second painting by Jawlensky appeared. The back of the canvas shows an early painting by Jawlensky from 1905 showing a garden scene. The painting belongs to the Wilhelm-Hack-Museum since the late 80ies and will be on view in the Ludwigshafen exhibition for the very first time. A special mirror construction will enable the visitor to see both paintings.

In ten different sections the works of Wassily Kandinsky, Franz Marc, August Macke, Gabriele MÃ¼nter, Alexej von Jawlensky, Marianne Werefkin, Heinrich Campendonk, Alfred Kubin, Paul Klee, Jean-BloÃ© NiestlÃ©, Robert Delaunay, Arnold SchÃ¶nberg and Hans Mattis-Teutsch are set into relation to each other. Additionally to the works of the initial inner circle of artists of the ''Blaue Reiter'', the works of SchÃ¶nberg and Kubin also make a reference to music and literature. NiestlÃ© and Mattis-Teutsch are rarely shown artists of the group. Furthermore the exhibition shows the artists' development beyond the actual core period up to the manifestation of the abstract form.

80 Loaners of National and International Provenance

The exhibition is based on the works of the Wilhelm-Hack-Museum's collection. The museum has an extensive collection of avant-garde, especially non figurative art of the 20th century. Among them the Museum owns 35 works by artists of the ''Blaue Reiter''. The museum has attracted 80 national and international loaners for this large-scale exhibition. Among the prestigious loaners are: Stedelijk Museum, Amsterdam, National Galerie, Berlin, Museum of Art Bern, Switzerland, MissionArt Gallery, Budapest, Didrichsen Art Museum, Helsinki, Fondation Beyeler in Riehen, Switzerland, Lenbachhaus Museum, Munich, Sprengel Museum, Hannover, Museo Thyssen-Bornemisza, Madrid, Fondazione Antonio Mazzotta, Milan, Italy, as well as several top class private collections.