Sigma: 30 years of gatherings devoted to experimental creation in all its forms, thousands of shows, concerts, films, exhibitions, and debates, hundreds of creations and world premieres. Michael E. Smith creates art that reflects his physical environment, and often intervenes in the architecture of the spaces where his work is exhibited. Andra Ursuta's sculptures, outrageous, obsessive, and borne along by an obscure symbolism and dark humour. 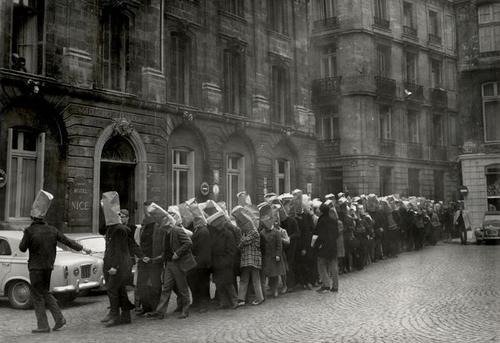 Beginning to tell the story of Sigma Festival in Bordeaux is as impossible as trying to make an exhaustive list of the events organised between 1965 and 1996, unless one possesses an overwhelming taste for the most extravagant associations—indeed, what could be more far removed, and even contradictory, in its most fecund acceptation, than Karlheinz Stockhausen and Soft Machine, Nicolas Schöffer and Ben Vautier, Sankaï Juku and kinetic art, Lucinda Childs, Philip Glass and John Vaccaro's Play-House of Ridiculous, Jan Fabre, the Living Theatre and the Performance Group, Sun Ra and his Intergalactic Research Arkestra and Cathy Berberian, Carmelo Bene and Werner Herzog, and also Miles Davis, Klaus Nomi, Pierre Henry, Carolyn Carlson, Lucinda Childs, Pink Floyd, Magma among many others…

Sigma: thirty years of gatherings devoted to experimental creation in all its forms, thousands of shows, concerts, films, exhibitions, and debates, hundreds of creations and world premieres. And then there is what remains of it: ten thousand or so photographs, three hundred posters and flyers, forty or so publications, newspaper cuttings, all too rare filmed or recorded snippets, and the intangible, yet vivid and intense, memories of tens of thousands of participants, who were all shaken, moved, and transformed by this radical aesthetic adventure.

How can one render an accurate account, within the space and time of a single exhibition, of what was once an occasion of experiencing the instant, encounters, and "traffic in the unknown," to quote Rimbaud's phrase? This is the issue at play in this unprecedented collaborative project between a museum dedicated to contemporary artistic creation and two institutions that retain the written, drawn, photographed, and filmed sources of our collective memory.

Faced with the thousands of artistic events presented by Sigma, the CAPC choses to privilege the most experimental practices, the ones that redefined the outlines of their respective disciplines, even if this meant inventing new ones. Experiments which use time and space as materials therefore shatter the frozen frames of categories—theatre leaves area of the stage, bodies loosen, exhibitions become works of art, and art itself requires the public's participation. Randomness and improvisation are the new mottos which enable music, cinema, literature and the other disciplines mentioned above to move into unknown aesthetic regions.

The black and white of the photographs, the statements, and the TV clips of the time now seem powerless to render the excitement of this all-encompassing aesthetic experience. To honour the sharing spirit of Sigma, the CAPC made its goal to daily broadcast a recording of a piece in its entirety—a play, a choreography, a concert, or a film—depending on available documents or by calling upon the generosity of artists themselves to loan us their pieces when we were faced with cruel shortages. The original archives are opened for consultation for those who wish it, whether they are researchers or simply curious, with the help of an archivist. The activation of the archives will also be achieved through the stimulation of memory—the immaterial archive: every week, a conference hosted by a specialist and a session with a Sigma "devotee" will provide occasions for a whole new experience of Sigma.

Michael E. Smith frequently uses everyday and industrial materials that are drastically transformed to dislocate them from their recognizable function and form. His works not only become visually arresting objects but also suggest how natural processes can change and mutate man-made structures. His sparsely arranged sculptures seem to have emerged from the charred landscape of a postapocalyptic, science fiction dystopia.
A native of Detroit in the economically troubled city, he draws his raw materials from his surroundings, the detritus of urban consumer culture. A worn pair of flesh-colored sweatpants hangs limp from a lighting fixture, weighted down by a frying pan stuffed into one leg; an unidentifiable ball has been thickly coated in oats; a resin-hardened Hawaiian shirt alights tentatively on a ceiling vent like a moth.
Smith creates art that reflects his physical environment, and often intervenes in the architecture of the spaces where his work is exhibited. Rather than dismissing his materials as valueless debris, Smith grants them dignity and meaning; his carefully considered, self-contained sculptures allow them to step beyond their abjectness.

Michael E. Smith was born in 1977 in Detroit (United States), he lives at Hokpinton, New Hampshire.

Andra Ursuta has been influenced by the traditional upbringing she received in her childhood. The sculptures and installations that she creates mix folklore, traditions and visions of female identity which are at odds with each other. Andra Ursuta’s sculptures, outrageous, obsessive, and borne along by an obscure symbolism and dark humour, are complex explorations of history, and popular and cultural identities.

Andra Ursuta was born in 1979 in Salonta, a small town on the border between Rumania and Hungary, where the main landmark is the salami factory from the Communist era. She left Rumania in 1997, graduated from Columbia University in 2002, and now lives and works in New York.