Secondary Revision. The videos, photographs, texts and other elements that Cesarco uses reveal sensations, thoughts, visions and memories that place us firmly on the side of reality and experience. 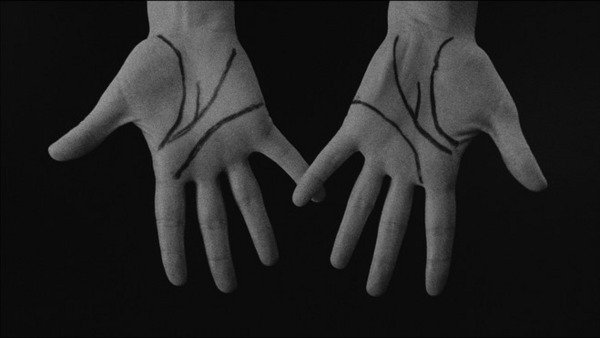 The work of Alejandro Cesarco, a young Uruguayan artist who has lived in New York for several years, seems to be permanently given life by both the desire to retranscribe the feelings we experience during our life, in particular those connected with our relation to the Other, and, concomitantly, by the continual questioning of the means with which art is able to recount those feelings.

Employing this reflexive form, that of art being used to question itself, his approach is emphatically conceptual. The videos, photographs, texts and other elements that Cesarco uses reveal sensations, thoughts, visions and memories that place us firmly on the side of reality and experience. His work takes the form of fragments which, like a series of samples, very often reveal an elsewhere and an “out of field of vision” while offering an account of the experience of a discontinuous reality. Once gathered together, they tend to suggest the portrait or, more precisely, the self-portrait of the artist, with the perceptions and reflections evoked seen to be mostly his. The other trait of Alejandro Cesarco’s work lies in his tendency to refer to other artists and thinkers with whom he feels he shares things in common, mingling different spheres, in particular literature. Thus, you may well find references to James Joyce, Roland Barthes, Maurice Blanchot, Italo Calvino, Marguerite Duras, Jean-Luc Godard, On Kawara, or Félix Gonzalez Torres, many of whom appear in Cesarco’s oeuvre, such is the affinity between them.

But these references go far beyond simple citation: they are fully part of the sense of the work in question, occasionally finding themselves incorporated within the device presented, and represent, like words in a phrase, some of the essential elements of the artist’s discourse. It is clear that, in the spirit of unity, here the same language is being spoken.

As such, the exhibition at the Plateau is an example of this appropriation taken to the limit, an instance of art being defined by the art of others. It integrates a set of works by Jack Pierson, Louise Lawler and Félix Gonzales Torres, which play a fundamental part in the overall score written for us by Alejandro Cesarco.

The exhibition includes works like If in Time, an emblematic video in which the characters dialogue with one another purely through reading extracts from different books, based on the idea of a common language, a narrative that succeeds thanks primarily to the speech of the Other.

Secondary Revision: in the Freudian sense, secondary revision is the moment in which we link up and give meaning to the multiple images that we experience during dreaming; there is no doubt that the same principle of crystallization — a second interpretation in short — is in operation here with regard to the many sources Cesarco is inspired by. Thus, Alejandro Cesarco very delicately presents us with evocative narrations not without despondency — summoning the spirits of those we feel we share something in common is like working on a form of absence in which an analytical approach is mingled with purest poetry.