A retrospective contains more than 100 artworks - among them there are posters, books, calendars, booklets, stamps, magazines - designed by Jan van Toorn since the 1970s till the present. Maurits Cornelis Escher: lithographs, woodcut and linocuts of the artist's different periods, and archival photos and films from collections of the Escher Foundation. 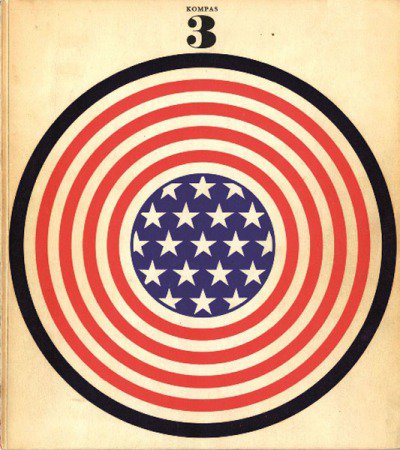 Moscow Museum of Modern Art presents an exhibition of Jan van Toorn, one of the most vivid and influential figures in the contemporary graphic design of the Netherlands.

Jan van Toorn (born 1932) is a world-known inventive expert and theorist of the graphic design. He doesn’t rely on the laws of publicity and market. His mission is to convey the message contents informally and sharply, using special techniques, to focus on the message semantic contents rather than its design. Van Toorn often calls himself a "visual journalist".

The retrospective exhibition will contain more than 100 artworks. Among them there are posters, books, calendars, booklets, stamps, magazines, designed by Van Toorn since the 1970s till the present. Thus, the Dialogue with Public project will reflect all stages of the designer’s oeuvre, starting from the early large projects of the 1960-70s till the current artworks, created by his inner impulse. The artworks differ in genres and themes. Thanks to the exhibition it will illustrate typical episodes and edges of the Dutch culture in the mirror of the national production print.

The design by Jan van Toorn can be described as “alien”, far from formal artistic stereotypes, imbued with the creative personality of the reflecting master. Van Toorn stimulates the activity of the visual and semantic perception with the help of the dialogical method, invented by him. Because of his method, the printed messages are filled with skeptical intonations, humor, irony, sincerity. The dialogical method shows itself in different ways. On the one hand, there are political calendars, photographic pamphlets or a human rights poster, devoted to the international study of prisons. On the other hand, there are series of children’s stamps with touching photos of kids from different countries. Also there are two monographs about important representatives of the Dutch visual culture, such as Willem Sandberg and R.D.E. Oxenaar. Van Toorn’s innovative work and impressive theoretical basis rank the designer as one of the prominent representatives of the contemporary art, followers of the avant-garde tradition, appeared in the Western Europe and Russia in the 1920s.

Important and long-term commissioners of the designer are Van Abbemuseum in Eindhoven; Mart.Spruijt, a renowned printing company in Amsterdam; Visual Arts Office for Abroad of the Ministry of Cultural Affairs; PTT — State postal and telecommunications service; De Beyerd Centre for Visual Art in Breda; Jan van Eyck Academie in Maastricht; 010 Publishers in Rotterdam, issuing books on architecture and design. This list of commissioners determines the structure of the exhibition. Moreover, the exhibition will contain archival photos of Jan van Toorn, materials on some projects of the designer, his original photomontages and prints.

The exhibition is partly made possible by a grant from the Creative Industries Fund NL.

Works for the exhibition were provided by the Bijzondere Collecties, Van Abbemuseum in Eindhoven and personal archive of the artist.

Jan van Toorn is a Dutch graphic artist, an exhibition designer, a theorist and design methodologist, a photographer (“visual journalist”), a teacher, a curator. He is a member of the International Alliance of Graphic Design (since 1972) and of the American Institute of Graphic Arts. In 1991-1998, he was the Director of the Jan van Eyck Academie in Maastricht. In 2011, Van Toorn was awarded an honorary doctorate from the Royal College of Art in London. Works by Jan van Toorn were exhibited in several retrospective exhibitions in the Museum Fodor in Amsterdam (1972), De Beyerd Centre for Fine Arts in Breda (1986-87), Hall of Art in Rotterdam (2004), Maryland Institute College of Art, Baltimore (2007), Sheffield Institute of Art and Design (2008). The designer was awarded with two H.N. Werkman prizes (1965 and 1972), the Piet Zwart prize (1985) and the Athena award, established by the Rhode Island School of Design. Artworks by Jan van Toorn are in the collections as follows: Bijzondere Collecties; Van Abbemuseum, Eindhoven; Stedelijk Museum, Amsterdam; Municipal Museum, the Hague; Museum of the Image, Breda; Museum of Modern Art, New York; Moravian Gallery, Brno; Centre Pompidou, Paris; Center for the Study of Political Graphics, Los Angeles; Library of the Central Academy of Fine Arts, Beijing; VIVID gallery, Rotterdam.

Vladimir Krichevski is a designer, an author, a collector. In 1989-1994, he was a research associate of the Department of History and Theory of Design of the All-Russian Research Institute of Technical Aesthetics. In the mid-1990s, he together with Elena Chernevich published the Yes! Magazine for graphic designers. He was a professor of typography in the Stroganov Moscow State University of Arts and Industry. He is an author of more than 70 articles and 14 books on typography and history of graphic design of the 1920-30s. Among them there is “Typography in Words and Images” (2000), “Cover: Graphic Face of Revolution Era 1917-1937” (2002); “Ideal Design” (2012). All books were designed by Krichevski.

Els Kuijpers is an art historian, a curator, a publicist. She specializes in graphic design and visual culture of the post-war period, taking a special interest in the theory and practice of editing. She was a curator of exhibitions, among which there were exhibitions of Jan van Toorn in Rotterdam (the Netherlands, 2004) and Baltimore (the USA, 2007). She published articles in magazines as follows: Items, Etapes, Dot dot dot, De Groene Amsterdammer. She is an author of books as follows “And/or: On contradiction in the work of Jan van Toorn” (2004) and “Ootje Oxenaar: Designer+commissiober” (2010). She is a member of the International Association of Art Critics (AICA).

Moscow Museum of Modern Art presents a solo exhibition of Maurits Cornelis Escher (1898-1972), one of the key figures in the art of the XX century.

The exhibition will occupy the 2nd floor of the MMOMA’s main building at 25 Petrovka Street and it will contain more than 100 artworks. Among them there are lithographs, woodcut and linocuts of the artist’s different periods. The show will also present archival photos and films from collections of the M.C. Escher Foundation in the Netherlands.

Escher’s oeuvre can be divided into three periods. The main part of the artworks belongs to the Italian period which is based on landscapes, images of insects and plants, created during Escher’s tours of Italy, Corsica and Malta. The next part of the works belongs to the Dutch period. It was the peak of his powers, when he created the most celebrated artworks. Viewers can also enjoy works of Escher’s early period and his first printed edition titled St. Francis (1922), where motives, typical for his late art, have appeared.

It is believed that Escher’s prints have influenced upon the modern design and animation. First of all Escher is known for his surrealistic lithographs, steal engravings and wood cuts. He researched plastic aspects of the infinity and symmetry, as well as peculiarities of the psychological perception of complex 3D objects and impossible figures. Charmed by the impossible figures and paradoxes in nature, Escher got ideas from non-Euclidean geometry, interpreted laws of mathematical articles and continued to explore forms and spaces in his oeuvre with the help of optical illusions.

Despite Escher is a world-famed artist, his exhibition in Russia has been held only once in the Hermitage Museum. The show in Moscow Museum of Modern Art will help to admire Escher’s most distinguished artworks and to look at his works from the inside thanks to the archival materials. The exhibition Escher will become one of the most important events on Moscow art scene and the key event within the Netherlands-Russia Year 2013.

The exhibition will be accompanied by a catalogue, containing the exhibited works.

The M.C. Escher Foundation was created by the artist in 1968, four years before his death. Today the Foundation continues to organize the artist’s exhibitions, to publish books and films about his life and oeuvre.