The Unmanned. Coming from the disciplines of documentary and film, the artists focus their research on the notion of the measurement and perception of the world. 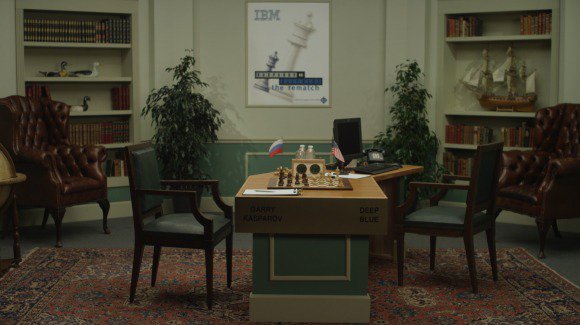 For this first institutional monograph by Fabien Giraud and Raphaël Siboni, the French artists' most recent works will unfold throughout all the spaces of the Casino Luxembourg - Forum d'art contemporain. Coming from the disciplines of documentary and film, Fabien Giraud and Raphaël Siboni focus their research on the notion of the measurement and perception of the world. Their questioning of the evolution of techniques, time and relationships of scale leads them beyond the human scale, towards an image outside of the world.

The first film shot did not occur with workers leaving a Lyon factory on 28 March 1895, but six months later, when at the end of another work day, the female workers walk once again in front of their employers' camera, squeezing into the frame and speeding up their steps to adapt to the reel's running time. It's the invention of a new physics, operating by the pressure of time spans on the body, by the condensation of space within the frames. Cinema is thus not simply the invention of a rhythmic drive mechanism for film to render the world's movement, but the act of producing new bodies and new rhythms. The cinema has nothing to do with representation. It is a point of morphological inflection. It was really invented in the fold of an autumn's late afternoon, with the meeting of a gear's teeth, a silver salt's reaction time, and the body of a worker. (Fabien Giraud and Raphaël Siboni)

Fabien Giraud and Raphaël Siboni's recent work is part of the historical parenthesis that separates these two factory exits. Starting with this latent period, they imagine the possibility of a cinema that would not subject bodies to the frame, nor bend gestures to time length, and in which the human figure would not be the only standard of measurement. Each of their films shares the same dynamic: to bring up to the surface of our present, temporalities that are radically foreign to it. Whether by reducing film to a pure quantity of light on the earth's surface (La Vallée von Uexküll), synchronizing our experience of a museum to the immensity of geological time scale (La Mesure Minérale), confronting a camera with the destructive vision of a particle accelerator (La Mesure Louvre) or "doubling" the ruins of an ancient temple (Bassae Bassae), all of the films presented at Casino Luxembourg place us in a decentred position in front of the image and thus open to us the experience of a present that will not be simply for us but will be penetrated by the very possibility of our absence.

The new film series entitled The Unmanned, which gives its name to the exhibition, is constructed as an attempt to navigate within all of these excesses. Conceived as a non-human and backwards history of technics, it opens in 2045 with the death of Ray Kurzweil at the threshold point of technological singularity - and moving upstream, makes each stone, each inflection, the possible juncture of a completely different becoming.