"City in the Sea" is a solo show by Shimabuku, decided on a trip to Noto, Japan. "Pam" by Monica Majoli is an exhibition comprising four paintings done by the same person over a period of twenty years. 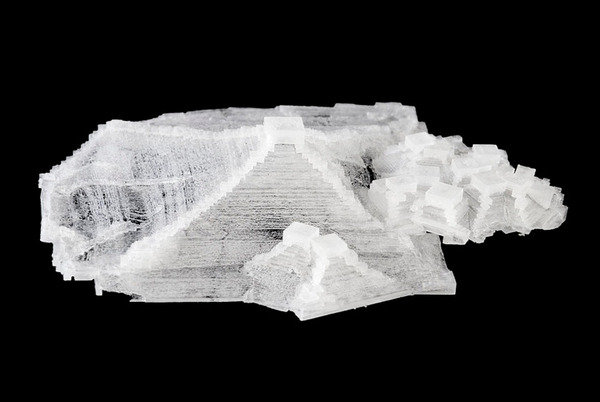 Shimabuku
City in the Sea

Intrigued by his discovery of kuchiko, dried sea cucumber ovaries, Shimabuku decided on a trip to Noto, Japan to see the delicacy being made. During his stay there he met women who work for hours cutting up sea cucumbers and men placing the light orange strips on wooden frames to dry. Making kuchiko is seen as a battle against the forces of nature.

As part of City in the Sea a video and a sculpture showing the preparation process will be on show, and at the close of the exhibition a farewell tasting will be organised before the works continue on their way. Shimabuku's oeuvre hinges on specific encounters between people and the elements. Born in 1969 in Kobe, Japan's second-largest port, he is particularly interested in the sea: as it happens, the first of the two Chinese characters making up his family name means 'island'. City in the Sea also exists as a slide projection portraying a form of marine life suggesting a mysteriously engulfed city whose buildings are made of salt crystals. The artist was so struck by the regularity of their arrangement and their resemblance to the Pyramids that it became evident to him that this harmonious work of nature had influenced the architecture of our ancestors. City in the Sea works with memory, notably in the Super-8 film Children Playing in the Sea, in which the children of Noto are seen challenging the sea by defying the waves and throwing stones: moving moments that take us back to those distant, carefree times when the sea seemed like a dream. This dreamlike feeling pervades the exhibition, notably in Stones with Code, which transmutes simple fishing sinkers found on the Noto beaches into secret, magical bearers of fishermen's prayers; and Fish Spin-drying Device, an astute implement for doing exactly what its name says, made out of bicycle wheels that remind us of the one that stood in state in Marcel Duchamp's studio well before it entered the history of art. City in the Sea urges us to take the time to look at the world around us, especially with the work Sea and Flowers, inspired by the observation of a red flower floating among the waves just off the coast of Noto. Here we find Shimabuku wondering about where the flower came from, and how it got there, and deciding to illustrate its voyage by offering the sea petals without knowing if, someday, they will make a landfall somewhere. As we are well aware, though, it is not really the arrival that counts.

Pam is an exhibition comprising four paintings done by the same person over a period of twenty years. Three recent portraits call to mind the technique Monica Majoli has been developing in her Black Mirrors series since 2008, in the form of photographs of her lovers as seen in the black mirrors lining a room in her Los Angeles home. Here, however, the visual interference is much less pronounced – so much so that the artist does not see these works as part of that series. For her this return to oils is also a return to a face she associates with the history of European painting. The three portraits are accompanied by a mythical work in oils included in her first Air de Paris exhibition in 1992. This painting on a pentagonal panel shows the artist with Pam in her room as it then was. Majoli explains that she wanted to check that an image could 'hold' this shape which – like certain details in the picture itself – suggests a birdcage. She identified 'Pam' with a bird after discovering a stuffed bird pecking at a beetle in André Breton's collection. In bringing these paintings together for her fourth solo exhibition at Air de Paris, she intensifies the distancing of the artist from her subject, revealing different perceptual prisms in a combination of extreme subjectivity and conscious detachment. Most of all she is reasserting her work's affinity with a personal, domestic history and an ambivalence – the exhaustion/permanence of desire – which her pictures succeed neither in resolving nor truly revivifying, precisely because they share its fetishes.