Gallery 6, dedicated to presenting the work of young and emerging artists, features Jesse Wine. 'We've Got Mail' is the second exhibition in a series that examines the history of Mostyn and its building. Ryan Gander and Bedwyr Williams are the invited artists for the first Conversation Series. 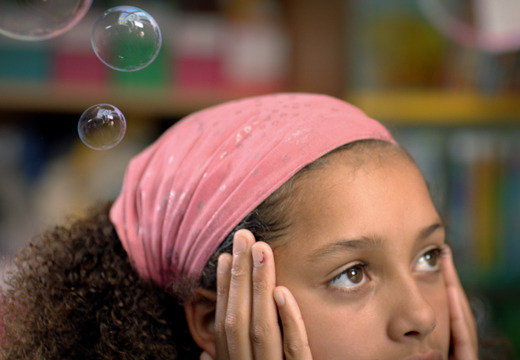 Gallery 6 is a new initiative at MOSTYN | Cymru | Wales and this, its fifth presentation, is an exhibition by Jesse Wine.

About Jesse Wine
Born in 1983, and now living and working in London, Jesse Wine’s work combines humour, biography and art history. While Wine’s work is multi-disciplinary, he often describes himself as a ceramicist. His recent work, mostly using clay, has an erudite take on the medium, using its history, its alliance with craft and its placement within the visual arts. His works reveal a fascination with the medium and the process of making, as well as underlining issues of form and display.
This exhibition is accompanied by a full colour booklet, featuring images and an interview with the artist by Adam Carr (Visual Arts Programme Curator, MOSTYN).

About Gallery 6
Housed in the upper level of MOSTYN, Gallery 6 is dedicated to presenting the work of young and emerging artists, all of whom are yet to have a solo exhibition in an institutional setting, either nationally or internationally. The Gallery 6 space and its associated programme, entitled ‘Uprisings’, provide the opportunity for an artist to work under professional conditions, and to present their work to a larger audience. For the audience too, Gallery 6 will provide a platform for discovery. It will bring to MOSTYN a diverse range of artists, at the very forefront of contemporary art practice, from both home and away.
Inspired by Marcel Broodthaers’s Musée d'Art Moderne, Département des Aigles – a fictitious museum that Broodthaers created to critically examine and reflect on the presentation, exhibition and reception of art – Gallery 6’s space has its own distinctive identity, both visually and conceptually. Similar to Broodthaers’ project with its separate aesthetic and distinct agenda from its surroundings, Gallery 6 presents itself as a gallery within a gallery.
Four ‘Uprisings’ occur each year.

Gallery 6 and ‘Uprisings’ have been initiated and curated by Adam Carr, Visual Programme Curator at MOSTYN.
Gallery 6 would not be possible without the generous support of Esmée Fairbairn Foundation.

Also including:
An historical display of artefacts, documents and images of the Royal Mail and the history of MOSTYN.

We’ve Got Mail is the second exhibition in a series that examines the history of MOSTYN and its building, and how that history is tied to events beyond its context, locally, nationally and internationally. This exhibition responds to the context in which it takes place, a former postal sorting office into which MOSTYN’s galleries were expanded in 2010.

We’ve Got Mail, of which there will be four exhibitions between now and 2017, will introduce some of the finest examples of artists and artworks that have utilised postal mail, as well as recent instances of its use.

This first exhibition presents artworks by Robert Barry, Gabriele De Santis, Jan Dibbets, Ane Mette Hol, Jonathan Monk* and Kirsten Pieroth. The exhibition will also present original artifacts, documentation and ephemera from the gallery’s previous use as a Royal Mail sorting office as well as from the history of the Royal Mail itself. On view will be a selection from the exhibition Designs on Delivery- GPO Posters from 1930 to 1960 by The British Postal Museum & Archive, archival photographs of the Royal Mail and a collection of stamps from the past to the present.

A booklet accompanies the exhibition and features texts by the exhibition’s curator, Adam Carr (Visual Arts Programme Curator) and a text by MOSTYN’s Director Alfredo Cramerotti.

*On the occasion of this exhibition, Jonathan Monk has produced a new edition exclusively for MOSTYN. Titled ‘Picture Post Card Posted From Post Box Pictured’, it is part of a series of postcard pieces, which to date includes those made for venues in New York, London, Brussels and Paris. Each version of the edition depicts an image of the closest postbox to the gallery, institution or bookshop that it is produced for. After purchasing the postcard, the artist will write the address and message that the purchaser would like, together with his signature. The postcard will then be posted from the postbox pictured on the postcard, which in MOSTYN’s case is directly next door to the building.
The edition is available for £40. To make a purchase, please contact shop@mostyn.org

MOSTYN I Wales is delighted to present the first in a series of exhibitions that bring together solo exhibitions by two artists in conversation*. This first conversation invites artists – Ryan Gander and Bedwyr Williams – who first met at MOSTYN some fourteen years ago.

Chance Everything by Ryan Gander presents both existing work and new pieces. Gander’s works are linked by a process of storytelling and are typified by the way in which they capture the spectator’s imagination. His work is entirely unrestricted, ranging from painting to sculpture and performance to installation – complex yet deceptively simple in appearance.

Gander’s works in Chance Everything include, amongst other pieces, a cardigan made from the wool of feral goats living on a nearby headland, the Great Orme, and to be worn by the exhibition’s invigilators; a short television commercial to promote imagination in the British public as if commissioned by the British government's Department for Business, Innovation & Skills; and a carbon copy of the artist’s watch. Following his unique and often characteristic approach to artmaking, his works in the exhibition point to a variety of references, from the history of art and design to aspects of everyday life, and from popular culture to his own biography. The viewers are left to form their own narratives from the elements he so carefully choreographs.

Encompassing performance, sculpture, painting and video, North Wales based Bedwyr Williams’s practice is marked by his unique brand of humour that is informed, in part, by his upbringing in Wales. Drawing from his life experiences, Williams’s work, on the one hand, offers a sharp critique of our everyday world, and on the other a relief and antidote to life’s pressures – a celebration of the obscure and the seemingly normal.

At the heart of Williams’s exhibition at MOSTYN is a full-scale re-creation of the top section of the iconic Hotel 70°, which once stood high on a cliff overlooking the nearby town of Colwyn Bay. The hotel was noted for its peculiar architecture where everything from the carpets to the stairs followed the 70° and 110° angles of the building. From a builder’s point of view this type of construction resulted in a waste of materials but for many locally the hotel provided cherished moments and fond memories, with its peculiarities, its location near the coastline and its fine dining and service. This full scale reconstruction will house a film made with the aid of computer modelling to rebuild the hotel, which was demolished in 2007.

Also on view is a video piece and elements from the artist’s critically acclaimed exhibition, The Starry Messenger, which represented Wales at the Venice Biennale in 2013. Pondering the cosmic as well as the microcosmic the video will be shown for the first time since Venice.

Collaborative work by the two artists will be shown in both Chance Everything and Hotel 70°. The works include a pair of obituaries written by the artists about one another, as well as a joint narrative following a similar structure; the works deal with the concept of collaboration head on. The artists’ first meeting at MOSTYN in 2000, when Gander was an exhibiting artist and Williams a staff member, is represented by the reworking of a piece by Gander as it was originally, and accompanied by a work in reply by Williams.
While the exhibitions are to be viewed and understood as separate entities, they also interweave and are in dialogue with one another.

Bedwyr Williams’s exhibition has in part been supported by the Colwinston Trust.

About Conversation Series:
The Conversation Series at MOSTYN is part of a series of exhibitions at MOSTYN that brings together two artists and two solo exhibitions in conversation, curated by Visual Arts Programme Curator Adam Carr and produced by MOSTYN. The intention is to present the dialogue, friendship and collaboration that occur between artists, and to make this visible on the stage of the exhibition. Other instances will create a new conversation, bringing together two artists from different generations whose works are related by exploring similar themes.

About the MOSTYN history exhibitions series:
Each exhibition observes a specific period in the building’s history, with the intention to offer the opportunity for the public to engage with MOSTYN’s past, and for local people to explore their own history. The exhibition series takes the building’s former uses as starting point from which to explore new avenues for the making and presentation of exhibitions, and ways in which audiences are engaged.

MOSTYN CYMRU | WALES is Wales’ leading public contemporary art gallery and serves as a forum for the presentation and discussion of contemporary life through contemporary art, curatorial practice and a programme of engagement.
Situated in the north Wales coastal town of Llandudno, MOSTYN reopened in May 2010 after an award winning major expansion project designed by Ellis Williams Architects, merging the original Victorian building with new gallery spaces, café and shop.

Mostyn Gallery Ltd is a registered charity trading as MOSTYN.

For more information or to request images please contact Lin Cummins, Audience Relations Manager at MOSTYN on +44 (0)1492 879201 or email lin@mostyn.org