Museum of the Swiss abroad

Museum of the Swiss abroad, Pregny-Chambesy

Contemporary Africa through the Eyes of its Artists. The exhibition includes approximately 60 works of more than 26 interesting artists from the African continent, some residing in Africa while others in the diasporas and coming from different generations. 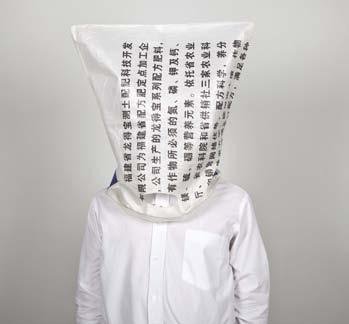 The project
Over the past decade, Africa defied global economic trends and managed annual growth levels of around 5%. Africa is taking promising strides to tackle poverty and many other development challenges such as inequality, unemployment, immigrations, infrastructure deficiencies, high maternal mortality rates and child mortality from preventable disease. There are, of course, still many challenges ahead, but today Africa also tells another story. HERE AFRICA assembles a unique collection of contemporary African art, with more than 70 works by 24 artists from 17 African countries, for the first time in Switzerland, hosted in the premises of the Museum of the Swiss Abroad, Château de Penthes, located in the area of the United Nations.

Originally from the Maghreb and the sub-Saharan Africa, from different generations, some residing in Africa while others in the diasporas, the participating artists are inte- resting for not only their great contribution to the aesthetic and cultural history of their 3continent, but also for their involvement in key questions regarding African people such as the dark period of the slavery, issues of immigration, climate change, water and food, health, as well as human rights, education and gender equality.

The image of HERE AFRICA was created by Frédéric Bruly Bouabré (Ivory Coast) in December 2013.

The catalogue
The exhibition is accompanied by a publication including over 100 full-colour illustra- tions, as well as two forewords by Michael Møller and Ivan Pictet, and an introduction by Adelina von Fürstenberg. It also includes an in-depth discussion of the works and interviews by the following artists, filmmakers and authors: Boubacar Diop (Senegal) by Joshua Massarenti; Barthélémy Toguo (Cameroon) by Adelina von Fürstenberg; Frédéric Bruly Bouabré (Ivory Coast) by Patrick Fuchs; Faouzi Bensaïdi (Morocco) by Aimée Dawson and Jumanah Younis; Zineb Sedira (Algeria) by Coline Millard; Nadia Kaabi-Linke (Tunisia) by Anthony Downey and Jumanah Younis; Adelita Husni-Bey (Libya) by Stéphanie Bailey.

Collateral Event at the Château de Penthes
On May 31 the Africa Fashion Show, organized by Crucible Events & Planners, will provide an opportunity to introduce the creative designs by a group of young and talented African fashion designers from all corners of the continent.

Organization and Curatorship
ART for The World, a Non-Governmental Organization (NGO) associated with the Uni- ted Nations Department of Public Information, was founded in Geneva in 1996 by Ade- lina von Fürstenberg. Its mission is to create a meaningful and lasting dialogue between peoples, cultures and worldviews through the language of art and cinema and foster edu- cation and culture as universal values.

Its most recent project is “Food, Reflections on Mother Earth, Agriculture and Nutrition” that, after having been inaugurated at the Ariana Museum in Geneva (2012-2013), it is now exhibited in Brazil, at the SESC Pinheiros, São Paulo (February - May 2014) and will continue this fall in France, at the MuCEM, Marseille (October 2014 - February 2015).

Collaboration
Nested in a peaceful park lies the Château de Penthes where you will find the one of a kind Museum of the Swiss Abroad. At the heart of Geneva’s international district, visi- tors may have an insight into the unknown history of Swiss people, stemming from many strata of society and trades, who have crossed borders, made significant contributions to the destiny of their new homelands and thus established solid bonds between Switzerland and the wider world. At least twice a year, temporary exhibitions focus on contemporary culture such as Corto Maltese (2011), the photographer René Burri (2013) or Here Africa (2014).

Museum of the Swiss Abroad
Château de Penthes
18 chemin de l’Impératrice - 1292 Pregny-Chambésy
Open every day from 10am to 5pm
Closed on Mondays
Entrance fee CHF 10.- / CHF 6.-
Free entrance under the age of 16 and on the first Sunday of every month
Access
From the train station Cornavin, accessible by public transport: bus V or Z, stop Penthes. Free parking.
The restaurant is open for lunch every day.

stampa
permanent link
Museum of the Swiss abroad
IN ARCHIVIO [2]