Her images, in black and white, challenge the perception of photography's immovable truth. Meanwhile, they reflects a deliberate shift from the photograph as narrative, in her words a "marvelous instrument of abstraction that enables us to move between time and memory". 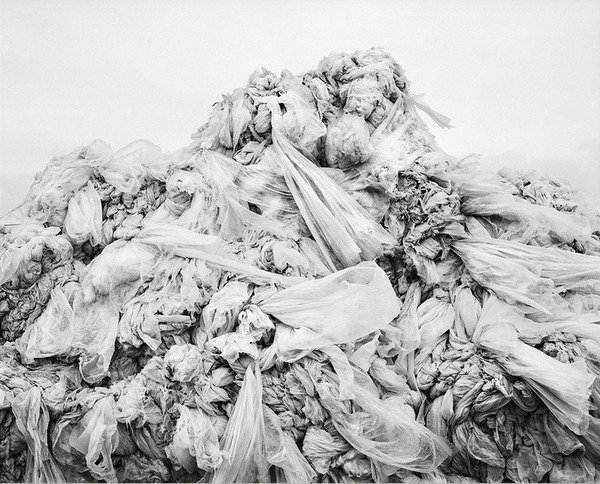 UNDACIÓN MAPFRE opens a new exhibition hall in the heart of the city, alongside Madrid's main cultural institutions. Located at Calle Bárbara de Braganza 13 (on the corner of Paseo de Recoletos), opposite the National Library, the space boasts 868 square meters spread over two floors and will provide us with a city - center venue in which to host the photography exhibitions we have been organizing for several years.

In 2007 FUNDACIÓN MAPFRE decided to make photography a key theme of its arts program and acquired the complete Brown Sisters series by Nicholas Nixon, marking the beginning of an incipient photography collection. This acquisition also lay the foundations for a new focus in our exhibition program, launched at our Azca gallery in January 2009, based simultaneously on the work of the grand masters and on contemporary photographers who had earned international acclaim but had never held a major retrospective of their work.
Walker Evans was the subject of our first exhibition, and he has been followed by Fazal Sheikh, Graciela Iturbide, Lisette Model and others. All in all, we have hosted 18 exhibitions since that first experience, making us the only institution in Madrid th at offers a regular program of four photography exhibitions a year.

In addition to organizing this program for our own galleries, we have capitalized on the effort involved in bringing each exhibition to fruition by touring them after their stint in Madrid to other cities in Spain, Europe and, most of all, Latin America. Consequently, we not only show the work of these artists in our own country but help to disseminate it much further afield. This has led us to collaborate and forge close ties with other in stitutions that have been active in the field of photography for many years, including venues such as the Winterthur Fotomuseum, the Huis Marseille Museum voor Photographie in Amsterdam, the Jeu de Paume in Paris, the Fotomuseum in Rotterdam, the George Eastman House in Rochester and the International Center for Photography in New York. At the same time, we have been able to offer audiences in countries like Brazil, Mexico and Colombia the chance to admire the work of artists such as Walker Evans, Fazal She ikh, Dayanita Si ngh, Gottard Schuh and Gracie la Iturbide.

The new venue reflects the determination of FUNDACIÓN MAPFRE to reinforce its commitment to the dissemination of photography in this country.

FUNDACIÓN MAPFRE opens its new photography gallery at P aseo de Recoletos 27 with the first retrospective exhibition dedicated to the work of British photographer Vanessa Winship. Curated by Carlos Martín García, the show offers visitors a complete overview of Winship's work, featuring a broad selection of phot ographs from all of her series, starting with her initial project in the Balkans and ending with her work in Almería this year, produced by FUNDACIÓN MAPFRE and due to receive its first public showing at this exhibition.

Vanessa Winship (Barton - upon - Humber, United Kingdom, 1960) studied at the Polytechnic of Central London during the 1980s at the time when postmodern theory was beginning to permeate the practice of photography and cultural studies. These ideas are reflected in the artist's deliberate remove of all potential documentary content from her photography in order to concentrate instead on notions more related to identity, vulnerability and the body.
Accordingly, since the 1990s Vanessa Winship has worked in regions which, in the collective imaginary, are associated with the instability and darkness of a recent past and with the volatile nature of borders and identities. Her images, in black and white, challenge the perception of photography's immovable truth. Meanwhile, the formal choice of black and while reflects a deliberate shift from the photograph as narrative and constitutes, in the words of the artist herself, a “marvelous instrument of abstraction that enables us to move between time and memory”.

Vanessa Winship is one of the most renowned photographers on the contemporary international scene. In 2011 she was the first woman to win the prestigious Henri Cartier - Bresson (HCB) award. Her other distinctions include winning first prize in the Stories category of the World Press Photo awards in 1998 and 2008, the Descubrimientos award at PhotoEspaña in 2010, and the Godfrey Argent Prize in 2008, bestowed by the National Portrait Gallery in London.

The exhibition will be accompanied by a catalogue featuring all the images on display and specially commissioned essays about the work of Vanessa Winship by Neil Ascherson, Stanley Wolukau - Wanambwa and Carlos Martín García. The catalogue will also include two excerpts from Campos de Níjar (Níjar Country) and Coto Vedado (Forbidden Territory) by Juan Goytisolo, as well as a biography - timeline, an updated bibliography, and a selection of the texts the photographer uses to complement her series, in the manner of a “travel diary”. To date there are only two monographs on Winship, one devoted to the Black Sea series and one to Sweet Nothings , which means that this catalog ue will be the first and most incisive historiographical approximation of her entire oeuvre.