Third edition. Artworks that relate directly to the town and its socio-economic and cultural history. Some commissions will rejuvenate existing sites, others will create new environments in the town, involve and collaborate with the local communities, and address aspects of our daily lives that affect people on a global scale. 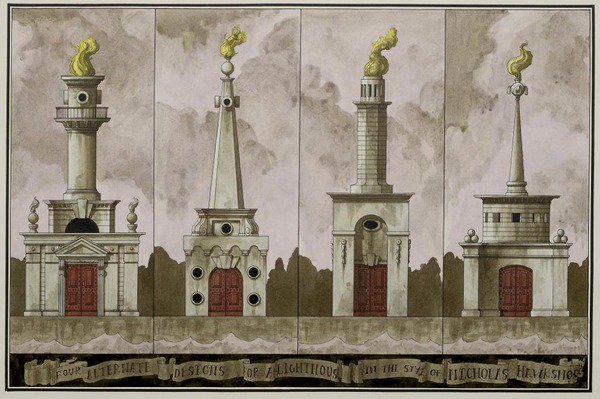 Today the Creative Foundation announced details of the artists commissioned for the third edition of Folkestone Triennial, one of the UK’s most ambitious art exhibitions. Internationally recognised artists have been commissioned to create a collection of new artworks to be exhibited in Folkestone’s public spaces under the title Lookout. Folkestone Triennial runs from 30 August - 2 November 2014.

These artists have been invited to make new work in relation to specific sites in Folkestone. The result is artworks that relate directly to the town and its socio-economic and cultural history, as well as exploring universal issues. Some commissions will rejuvenate existing sites, others will create new environments in the town, involve and collaborate with the local communities, and address aspects of our daily lives that affect people on a global scale, such as climate change, environment, sustainability, technology and communication.

Lewis Biggs, Curator of Folkestone Triennial, said: “I'm very proud to be Curator for an exhibition that is fast becoming a focus of interest around the world. The Folkestone Triennial presents a very special opportunity for artists who want the challenge of showing outside the gallery, museum or sale room. I have been careful to invite only artists whose works fits the opportunity; who want to be in dialogue with the urbancontext, who have something to say about contemporary life in a wider world and who want to engage with a broader audience.”

Yoko Ono has proposed several works conceived especially for the exhibition. One text work will appear in many places in Folkestone, including The Leas, where Yoko Ono staged an event at the Metropole Arts Centre in 1966. She has also written a new 'instruction', an invitation to the people of Folkestone which will be exhibited in Quarterhouse.

Andy Goldsworthy will collect clay from Folkestone’s beaches to create two installations in a space on The Old High Street. The installations will become the opportunity for making a new video work through time-lapse photography, examining the passing of time, the (economic) tide and the cycle of urban regeneration and decay.

Pablo Bronstein will pay homage to the development of English architectural vocabulary by designing a monumental sculpture in the manner of the 18th Century Baroque architect Nicholas Hawksmoor. An invocation of possible beach hut architecture, it will be located among the actual beach huts on the lower promenade of the Coastal Park. Pablo Bronstein's sculpture is an UP Projects production for the Triennial realised with a grant from the Creative Foundation.

Gabriel Lester's sculpture for the Harbour Railway Viaduct will be made out of bamboo, inspired by the use of bamboo scaffolding seen while he was living in China. Visitors will be invited to climb into the sculpture to take a new perspective over the harbour, the viaduct and their possible futures.

Jyll Bradley's major new sculptural installation will be at the Old Gas Works site, the very place where electric light was first generated for Folkestone but which has been derelict and inaccessible for years. Green/Light, which makes use of traditional hop- stringing skills to create a web of colour and light, will be an exciting, immersive, reflective space inviting the regeneration of the site for the local community.

Alex Hartley will use the imposing architecture of Folkestone’s Grand Burstin Hotel as the location for his project Vigil. Using state of the art climbing technology, a lookout will be suspended from the highest point of the hotel and inhabited for the duration of the Triennial.

Something & Son are using the flat roof of The Glassworks Sixth Form Centre to address the world’s impending food crisis, and recruiting the students to take responsibility for a food-themed architectural installation. Amusefood riffs on seaside amusement arcades and the food that fuels them, while aiming for environmental sustainability by growing, cooking and serving fish, chips and mushy peas all on the same urban site.

muf Architecture/Art will redevelop an area known as Payers Park, which is currently dilapidated and negatively perceived. muf have been working with many different local groups to transform the area into a new park carefully designed for a variety of uses and users, creating a new social space and encouraging passage through the area. This project will be made available for public use through a partnership between The Roger De Haan Charitable Trust, Kent County Council, Creative Foundation, Heritage Lottery Fund and Shepway District Council who will manage the park.

Marjetica Potrč and Ooze Architects will use the iconic brick structure of the mainline Foord Road Viaduct as the backdrop for a wind powered lift that will carry people to the top of the viaduct offering stunning views over the Creative Quarter and Folkestone Harbour.Locally based Strange Cargo will use artistic sleight of hand to transform the railway bridge by Folkestone Central Railway Station into a Lucky Gateway to the town. The Luckiest Place on Earth will enlist the help of many participants from the local community. This artwork is a Strange Cargo production for the Triennial realised with a grant from the Creative Foundation.

Artist collaborators rootoftwo are creating five Whithervanes, 21st Century weathervanes that track and measure the production of fear on the Internet. The Whithervanes will rotate and change colour in response to the position and level of fear generated by the world’s media, and they can also respond to passers-by via Twitter. This 'early worrying system' highlights how much our contemporary media, policy and political frameworks utilize fear as a persuasive method.

A previously unrealised artwork by Ian Hamilton Finlay will be commissioned posthumously by Folkestone Triennial. A 'detached sentence' by this artist-poet who loved the sea will be written on the Harbour Arm Lighthouse.

Sarah Staton's Steve, a personified sculptural pavilion, will be sited on The Stade - originally a working area but now given over to leisure and tourism. With playful references to twentieth century sculptural traditions e.g. Henry Moore, Richard Serra, Steve is conceived as a quirky but friendly monument to the person of the future combining traditional sculptural materials and new technology.

Locally based artists Diane Dever & Jonathan Wright will use sculptural installations to invite reflection on the global and growing importance of water in the future. Their work rediscovers the hidden waterways of the Pent Stream, an untapped and unseen resource that flows from the hills to the harbour that was a foundation of Folkestone's past prosperity.

Celebrated composer and saxophonist John Harle and poet and lyricist Tom Pickard will collaborate with the Folkestone Futures Choir to create a choral work Lookout, an aspirational artist-led anthem formally structured as a dialogue between generations. It has been inspired on the one hand by the Complaints Choir, an international art project by Tellervo Kalleinen and Oliver Kochta-Kalleinen (in which people to sing out their complaints), and on the other by local research into the benefits of the arts to health. This work will be produced for the Folkestone Triennial with a grant from the Creative Foundation by the Sidney De Haan Research Centre, Canterbury Christ Church University.

Amina Menia's installation on Tontine Street will create a dialogue between past and future through elaborating on the urban myths still carried by a derelict gap in the fabric of the street marking the place where, in 1917, sixty people lost their lives, killed by a single bomb.

Will Kwan's sculptural intervention will be sited in The Vinery, a former glass-roofed sitting area, perched on the cliff edge on The Leas, overlooking the English Channel and ships passing en route between Europe and Asia. His work will play on the 'chinoiserie' present in English culture over the past 300 years and the current positioning of China in the national and international consciousness of the future.

Tim Etchells' new large scale neon work is titled: Is Why the Place. Inspired by the dramatic surroundings of the disused railway station in the harbour, whose atmosphere and curving walls create a formally stunning and challenging environment, the artist recalls and meditates on the station's former activity and questions its future.

Emma Hart will create a large-scale and complex sculptural installation on the two domestic floors above a shop on Tontine Street with views out over the street. The work will be based on a lectern as a formal metaphor for 'taking a position' and expressing this in public – the lectern as a fulcrum between the private and the public.

Folkestone Triennial 2014 has been supported by The Roger De Haan Charitable Trust, Arts Council England and the Folkestone Estate.

About Folkestone Triennial
Folkestone Triennial is one of the most ambitious exhibitions of contemporary art outside the gallery context presented in the UK. It takes place in the seaside town of Folkestone, the coast of England nearest to continental Europe. Artists of international standing are invited to use the town as their ‘canvas’, utilising public spaces to create striking new art that reflects issues affecting both the town and the wider world. Artists commissioned to take part in previous triennials include Cornelia Parker, Tracey Emin, Jeremy Deller, Martin Creed and Richard Wilson. www.folkestonetriennial.org.uk Inaugurated in 2008, the Triennial takes place every three years and is one of the 5 key projects of the Creative Foundation. A second project is Folkestone Artworks, the collection of permanent artworks resulting from previous Triennial commissions.

About The Creative Foundation
The Creative Foundation is an independent visionary arts charity dedicated to enabling the regeneration of Folkestone through creative activity. Working with the people of Folkestone, partners and other stakeholders, the Creative Foundation is transforming the town making it a better place to live, work, visit and study. Established in 2002 the Creative Foundation has a remarkable record of success having already transformed the old town of Folkestone, around the scenic harbour, into a Creative Quarter populated by artists and home to creative industries and a university outpost. Three hundred jobs have been created and ninety buildings have been restored in the Creative Quarter and the Quarterhouse, a performance venue for music, theatre, dance and comedy has been built. The area has been animated by two internationally acclaimed visual art Triennials; Folkestone Artworks is a significant and permanent contemporary art collection, a full performance programme and an annual Book Festival. www.creativefoundation.org.uk

Lewis Biggs
Lewis Biggs was Chief Executive and Artistic Director of Liverpool Biennial from 2000 - 2011, during which time the ten week Biennial Festival became one of the most exciting and best attended arts events in the country. Internationally recognised as ‘the UK’s Biennial’, the 2010 Festival attracted nearly one million visits by over 500,000 visitors. Lewis Biggs was Director of Tate Liverpool 1990-2000, and has been commissioning art outside the gallery context since co-curating ‘Artranspennine’ with Robert Hopper in 1998. For Liverpool Biennial, he brought Anthony Gormley’s Another Place to Crosby Beach in 2005, and in 2007 commissioned Turning the Place Over, from Folkestone Triennial 2008 artist Richard Wilson. These and other initiatives contributed to Liverpool’s programme as European Capital of Culture 2008. Lewis Biggs is currently a Visiting Professor in Contemporary Art at Liverpool John Moores and Honorary Professor at Glasgow University (School of Art). He is an international adviser on art at Shanghai University. In 2013 he was a curator for the Aichi Triennale (Nagoya, Japan).