It's a Free Concert. American popular culture and social milieus have provided his work's predominant imagery, encompassing painting, photography, sculpture, and installation. These include various subcultures such as rockers and their Girlfriends. 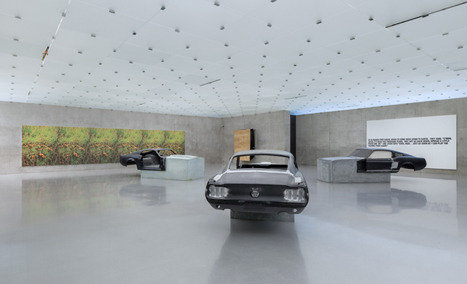 There are countless texts, books, and exhibition catalogues about Richard Prince (b. 1949) as well as texts he has authored for his own publications and those of other artists. Gaining any overview of his exhibition activities is a challenge. Nevertheless, though his work has been widely shown, Richard Prince remains an enigmatic artist. Even though his artistic approaches remain opaque, his Cowboys, Nurses, and Jokes are renowned within contemporary art. Richard Prince first came to attention at the end of the 1970s for re-photographing advertisements. Fashionable lifestyles pervade the artist's early photographic works. A decade later his Marlboro Cowboys achieved cult status and were amongst the highlights of the group exhibition That's the Way We Do It at Kunsthaus Bregenz in 2011.

American popular culture and social milieus have provided his work's predominant imagery, encompassing painting, photography, sculpture, and installation. These include various subcultures such as rockers and their Girlfriends.

Amongst his most popular paintings are the Jokes and Cartoons, in which jokes are screen-printed on canvas. Prince has conceived his exhibition It's a Free Concert especially for Kunsthaus Bregenz. Many works on display will be receiving exposure to a wider public for the first time. The title is a leitmotif permeating the whole display. Associations to popular and subculture, rock and pop stars such as Bob Dylan, Jimi Hendrix, and so-called doo-wop bands from the 1950s are omnipresent. Rock's transcending of conventions also shines through in the small-scale works, where Prince has adorned advertising photos for pornographic films with labeling stickers for DVDs.

Along with sex and pop music, the car is an additional site in the exhibition of the American dream of freedom. In his examination of his native culture, Prince succeeds in transferring its complex power to works of art. Merely by means of the titles of his car works such as Elvis or The Doors, he manages to loop music and street culture.