'Unconscious Reality', by the Israeli artist Aaron Apri, comprises works based on mythological and biblical subjects. For 'Tales of two cities', six artists from Russia and Austria will present their works in Moscow and Vienna. 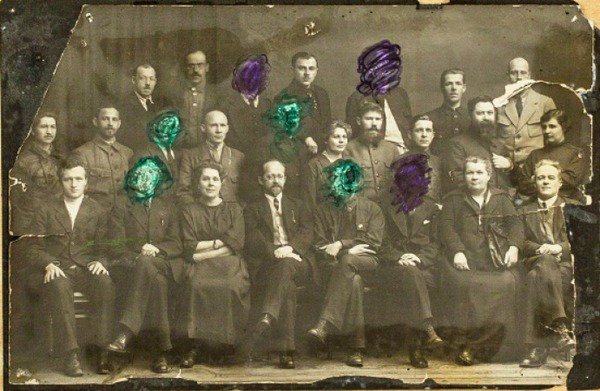 The Moscow Museum of Modern Art presents “Unconscious Reality”, an exhibition of works by the Israeli artist Aaron April. The exhibition comprises works based on mythological and biblical subjects; there are also landscapes and allegoric compositions. Pictures done with watercolors are specifically highlighted at the exhibition. As a rule, watercolor plays second fiddle to oil painting. However, Aaron April employs the technique as completely self-sufficient means of expression while exploring possibilities to picture the finest nuances of light. The artist’s oeuvre centers on the history of Israel. As far as April is concerned, the scenes from the Scriptures unfolding at the backdrop of southern landscapes are not merely evidence of the past – those are the stories rendered a new interpretation as they undergo repetitions time and again. The inward tension and drama in his work go hand in hand with the outward colorfulness.

Aaron April is well-known in Israel because his work is deeply rooted in national psyche and the tradition. However, one can also discern a certain influence of the Russian painting school in his oeuvre. Not unlike the case of other USSR artists of the 1960s, his work was influenced by the Russian artists Mikhail Vrubel and Valentin Serov. To define his artistic creed, April quotes from Serov, “Painting not to depict something but to let one experience the picture.”

Aaron April was born in 1932 in Lithuania. In 1941, his parents and he were sent into exile first into the Altai region, and then into the land north of the Arctic Circle. April graduated from an art school in the city of Yakutsk. From 1948 to 1951, he studied at the Moscow Art School in Memory of 1905. He was exiled to Siberia once again in 1951. In 1960, April graduated from the V.I. Surikov Moscow State Art Institute. Since 1958 the artist had actively partaken in a number of exhibitions held in Moscow and other parts of the Soviet Union. In 1972, the artist moved to Israel. He taught painting and drawing in the universities of Haifa and Jerusalem. He was elected Chairman of the Board of the Association of Painters and Sculptors. Later Aaron’s solo exhibitions were held in Israel, Germany, France, Switzerland, Canada, USA, and Russia. In 2001, April was awarded the Ish-Shalom Foundation Prize for the “Special Achievements in the Development of Art.” The artist was elected Honorary Member of the Russian Academy of Arts in 2005.

Moscow Museum of Modern Art presents an exhibition „Tales of two cities“ organised in cooperation with an international historical-educational society“Memorial”, Jewish Museum Vienna and Austrian Cultural Forum Moscow as a part of the Austrian season of culture 2013/14. Human Rights Society “Memorial” in Moscow and Jewish Museum Vienna have a significant collection of artefacts that represent important historical documents. Lots of them are related to repressions and society marginalization and have often a personal character as they are connected to destinies of particular people. However, a visitor will not observe any original items or artefacts; the latter served only as a basis for creating new pieces of art. As a result six artists from Russia and Austria will present their works in Moscow and Vienna. The concept of the exhibition is built on a “confrotation” of two cities (Vienna is represented by Zenita Komad, Ekaterina Shapiro-Obermair, Hans Weigand,Moscow - Olga Jitlina, Haim Sokol, Alisa Yoffe). This “confrotation” inspired the artists to create their own works of art that on one side reflect the past and stories of these museum artefacts, on the other side develop their own new stories. As a result of this past and present collision the art is born.The central point of the project is “memorabilia” – historical items that belong to different people and eras. They represent remarkable exhibits – donations, gifts, inheritance which origin is as astonishing as they themselves. Their specific is also emphasized by the fact that most of them wouldn’t represent any significant historical value on a first glance and could be easily left without any attention.The meaning of these objects lie primarily in the stories related to them. A surface examination of a particular object is not enough for understanding whetherit belongs to Vienna or Moscow history, only a closer look at it will open up a curtain to the tales of two cities…

Moscow Museum of Modern Art
10b2, Gogolevsky Blvd - Moscow
Monday – Sunday: 12:00 – 20:00
Thursday: 13:00 – 21:00
Ticket Office closes 30 minutes before closing time.
The Museum is closed every third Monday of the month.
The entrance is free of charge every third Sunday of the month.