The Passion According To Carol Rama

Almost forgotten by hegemonic historiography and the feminist movement, the work of Rama, stretching over seven decades (1936-2006), constitutes an anti-archive allowing a reconstruction of the avant-garde movements of the 20th century. 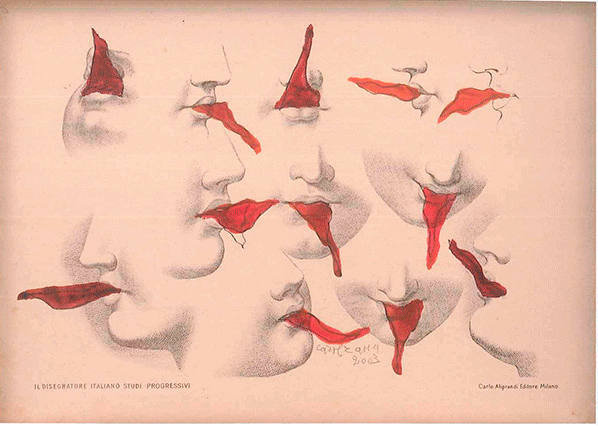 This exhibition aims not only to expose the work of Carol Rama, but also to challenge the dominant narratives of art history through a work that requires us to undo narratives and reformulate concepts. Almost forgotten by hegemonic historiography and the feminist movement, the work of Rama, stretching over seven decades (1936–2006), constitutes an anti-archive allowing a reconstruction of the avant-garde movements of the twentieth century.

From her first watercolours of the thirties, Rama invents her own visual grammar that contrasts with representations of sexuality in modernism: at the same time mutilated and threatening, violated and irreducibly desirable, the female body is presented as active and vital. The carnal palette of Fauvism serves her to support a subversive proposal: the intensity of the colours reserved for the vulva or tongue denote the resistance of the body to dominating forces and subjugating institutions. These works begin a task that will remain constant until 2006: to elaborate maps of dissident desire, diagrams of the unconscious and its strategies of resistance to normalisation.

Rama turned to abstraction in the fifties. She approached informalism and the spatialism of the sixties by creating bricolages and organic maps made of taxidermist’s eyes and nails, cannulae, mathematical signs, syringes and electrical connections. In the seventies, she created a matter-image with rubber tires, only to return, in later years, to the free use of form. Rama invents sensurrealism, an art of the visceral-specific, porn brut, organic abstraction. And, today, she appears as an essential artist for understanding the mutations of representation in the twentieth century and the later work of artists like Cindy Sherman, Kara Walker, Sue Williams, Kiki Smith and Elly Strik.