The exhibition presents a comprehensive survey of his creative output over the past few decades and his P.A.R.A.S.I.T.E. Museum of Contemporary Art, with special emphasis on selected projects that have left a lasting mark on contemporary art production in Slovenia. 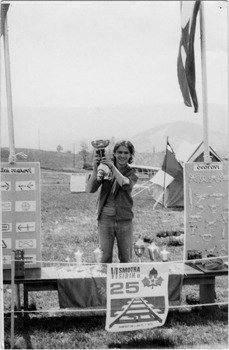 The exhibition presents a comprehensive survey of Tadej Pogačar's creative output over the past few decades and his P.A.R.A.S.I.T.E. Museum of Contemporary Art, with special emphasis on selected projects that have left a lasting mark on contemporary art production in Slovenia. Devising fictitious systems and establishing fictitious institutions, Pogačar explores and spotlights hidden, obscured or ignored social phenomena, groups, practices, and relations. Part of his artistic practice involves invading real institutions and working within them; to this end he established a special institution in 1993, the P.A.R.A.S.I.T.E. Museum of Contemporary Art, to serve as the framework for his activities. The P.A.R.A.S.I.T.E. Museum inhabits the bodies of other museums and art institutions, organizing the materials found there so as to highlight certain essential though often overlooked principles that guide the way art institutions work in constructing our knowledge of both past traditions and the present.

Examining indeterminacy and transformation within social systems in his art, Pogačar engages in interventionist logic, institutional critique, and critical research on social and political issues as well as participatory and collaborative projects. The "parasitism" of his work is a subtle deconstruction of the horizon of the everyday, and of the ruthless challenges to the systems that are used to establish and maintain the center, domination, and power.

Over the years, the P.A.R.A.S.I.T.E. Museum of Contemporary Art has assumed numerous roles and forms, from organizing activist events and street actions, forming collaborative platforms, initiating interventions in urban structures and museum collections to creating archives of parallel economic models and constructing undesigned architecture. Among the art institutions in which the P.A.R.A.S.I.T.E. Museum has intervened in the past two decades are the National Museum of Contemporary History, Ljubljana; the Moderna galerija, Ljubljana; the Boijmans Van Beuningen, Rotterdam; the Natuurmuseum, Rotterdam; the Műcsarnok, Budapest; (the collection of) Moderna Museet, Stockholm; the Max Liebermann Haus, Berlin; the Limerick City Gallery, Limerick; and the Galerie für Zeitgenössische Kunst, Leipzig.

Pogačar's most notable projects in the streets are Kings of the Street (1994-1995) in Ljubljana and CODE:RED (1999/2000 -) in Venice. Kings of the Street was a pioneering collaborative project with a social minority group, the homeless of Ljubljana; CODE:RED was the first public episode of a long-term collaborative and participative project exploring the models of self-organization of marginalized urban minorities and parallel models of economy.

Tadej Pogačar (born in 1960 in Ljubljana) is an artist, curator, and the artistic director of the P74 Center and Gallery. He studied ethnology and art history at the Faculty of Arts in Ljubljana; before completing his studies he also enrolled at the Academy of Fine Arts in Ljubljana (1983). As a student he made short films and played in the band Srp. He is the founder and Director of the Museum of Contemporary Art (1990), since 1993 operating under the name the P.A.R.A.S.I.T.E. Museum of Contemporary Art.

Pogačar is the founding and managing director of the P.A.R.A.S.I.T.E. Institute (established in 1998), a non-profit cultural institution that operates the P74 Centre and Gallery and the KAPSULA bookshop/project space in Ljubljana, Slovenia.
Pogačar has exhibited widely, most recently at the Espaivisor - Visor Gallery in Valencia (2013), the PM Gallery in Zagreb (2013), the Gallery for Contemporary Art in Leipzig (2012), the ZKM - Centre for Art and Media in Karlsruhe (2011?2012), the Vojvodina Museum of Contemporary Art in Novi Sad (2011), and the Museum of Contemporary Art Metelkova in Ljubljana (2011), as well as at biennials in Sao Paulo, Venice, Istanbul, Prague, and Tirana, and at Manifesta 1 in Rotterdam. He has also had exhibitions at the MUMOK in Vienna (2009), the San Francisco Art Institute (2007), the NGBK in Berlin (2007), the Stedelijk Museum in Amsterdam (2004), the Central House of Artists in Moscow, and the Museo de Arte Carillo Gil in Mexico City.
He has published several artist books: CODE:RED (Onestar Press, Paris, 2004), Twenty Palm Trees of Santa Cruz de Tenerife (2009), Twenty-Eight Cakes (2009), P.A.R.A.S.I.T.E. Public Sculpture (2010), Various (Small) Pieces of Trash (2010), and Tito times Thirty (naked) (2010).

The retrospective exhibition has been co-produced by the Moderna galerija / Museum of Modern Art in Ljubljana and the P74 Gallery in Ljubljana. In late 2015 it is scheduled to travel to the Muzej suvremene umjetnosti / Museum of Contemporary Art in Zagreb.