The Marionette Maker. For this exhibitions the artists create engulfing, multi-sensorial installations that explore how our perception of reality is shaped and obstructed. Cardiff and Bures are able to generate evocative settings where the real and virtual. 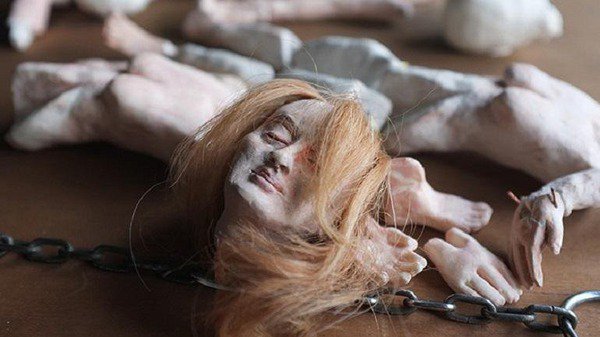 Through the critical and experimental use of sound and voices combined with diverse narrative, scenic and visual elements, Canadian artists Janet Cardiff (Brussels, Ontario, 1957) and George Bures Miller (Vegreville, Alberta, 1960) create engulfing, multi-sensorial installations that explore how our perception of reality is shaped and obstructed. In their pieces, without bypassing conceptual rigour or a search for metalinguistic reflection and exploration, Cardiff and Bures are able to generate evocative settings where the real and virtual (the empirical and the oneiric, documentary accounts and fictional reflection) interweave and bewilder, encouraging the active and direct participation of the viewer.

From the seminal "audio walks", first with Janet Cardiff alone and then with both artists together, conducted in the 1980s and 1990s, to the sophisticated multimedia installations in recent years, technology has always played a key role in the work of these artists. Yet it is formulated as a means, not an end, seeking to avoid both sensationalist virtuosity and a pattern of aesthetic absorption that its non-critical use produces; thus in every instance the focal point is the actual experience.

Much like works such as The Dark Pool (1995) and Opera for a Small Room (2005), in the installation designed specifically for the Palacio de Cristal, Cardiff and Bures appeal to our voyeuristic condition, urging us to move closer and peer into a solitary roulette kitted out with large speakers playing, along with other sounds, the murmurings of female voices. Inside the roulette we come across a woman that appears to be sleeping – or, similar to the protagonist in the poem Briar Rose (Sleeping Beauty), by the American author Anne Sexton, perhaps she is under a hypnotist’s trance – along with a series of marionettes and puppets in the process of being created and the figure of an old draughtsman that appears to be pondering how to breathe life into them. The scene is replete with metaphorical connotations that prompt a reflection on themes such as the passing of time, the humbling power of the imagination (both individual and collective) and the servitudes and limitations of the creative impulse.