Permanent Loan Selection. This exhibition presents around 200 photographs donated by the artist in the fall of 2003. These prints will be presented in separate rooms according to the three main genres of his work: portraits, nudes, and fashion. 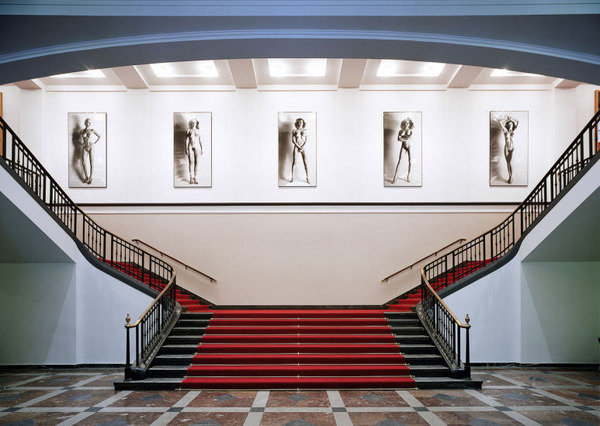 When Helmut Newton established his foundation in the fall of 2003, he donated several hundred original photographs as a permanent loan which have been preserved by the Stiftung Preußischer Kulturbesitz. For its tenth anniversary, the Helmut Newton Foundation is now premiering around 200 of these photographs, under the title “Permanent Loan Selection.”

These prints, mainly never before shown in Berlin, will be presented in separate rooms according to the three main genres of his work: portraits, nudes, and fashion. These include numerous portraits of well-known personalities, such as Catherine Deneuve, Paloma Picasso, Karl Lagerfeld, and David Bowie. The fashion photographs, shot like the others in black and white as well as color, were mostly editorial assignments for renowned magazines that were commissioned primarily in the 1970s and 1980s. Newton’s life-sized Big Nudes were taken in 1980 in Paris; five of them have adorned the walls of the museum lobby since the Foundation first opened. The current exhibition also presents other life-sized nudes.