The Moscow Museum of Modern Art presents the sixth thematic exhibition of works from its own collection of art dating back to the 20th and 21st centuries. It is a collection that stands out as one of the most interesting and diversified collections of modern art in Russia. 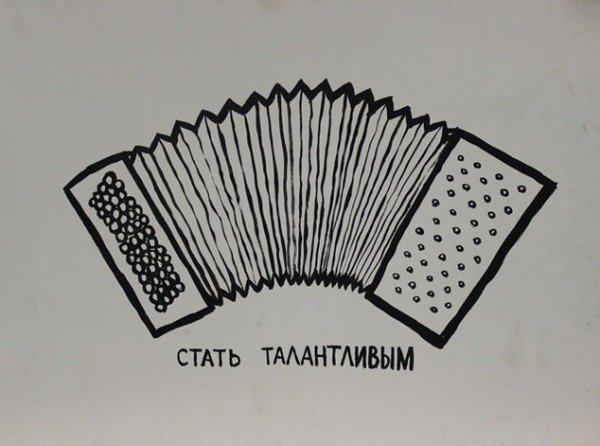 The Moscow Museum of Modern Art presents the sixth thematic exhibition of works from its own collection of art dating back to the 20th and 21st centuries. It is a collection that stands out as one of the most interesting and diversified collections of modern art in Russia. The exhibition “Fortune Museum” which is timed to mark the 15th anniversary of the MMOMA, is the first in a series of special projects to be held by the museum on its anniversary year. For the first time ever the spectator will be able to see the museum library while taking advantage of a rare opportunity to become acquainted with the museum’s storage departments and its earliest acquisitions i.e. a number of works by such foreign artists as Salvador Dali, Arman, Giorgio de Chirico, and Paul Delvaux. The exhibition will pay special attention to some milestones in the history of MMOMA; the milestones to be represented as a “timeline.” Amusing museum statistics form another noteworthy part of the exhibition.

Many a spectator are already familiar with Everything Is Going to Be Alright, a neon sign by Martin Creed glowing at the façade of the first museum building on 25 Petrovka Street. Well, that is the starting point of the jubilee exhibition for those who come around. Dmitry Prigov’s wise “addresses to the citizens” welcome the spectator once he steps through the glass doors. These messages of the two artists appeared at the museum almost simultaneously on the eve of the museum’s tenth anniversary as the year 2010 was drawing to a close. They seem to have foreshadowed a thematic angle of today’s exhibition. A fortune cookie (containing a prediction or maxim printed on a slip of paper) will be the cornerstone of the exhibition. Originally a Japanese invention, the fortune cookie eventually won popularity in Chinese restaurants in the U.S. The idea is being transferred to museum space where art should be perceived as a form of prediction. Being a complex statement about the past, the present and the future, any work of art can be charged with some potential for prophesy. It is up to the spectator to decide which period of time a certain image should belong to or how it should be interpreted. The fifteenth anniversary of the museum is certainly a milestone, a moment for reflecting on things accomplished during the time. Besides, it is a good opportunity for dipping into the future. In Japan, fortune cookies are traditionally associated with the New Year festivities. Up to the spring of 2015, those visiting the MMOMA exhibition could take advantage of the opportunity and have their questions answered.

The works on display pertain to all the collection of the museum including the work of the 20th and 21st centuries artists; the works that belong to different fields of art (painting, sculpture, graphics, installation and video). A chronological narrative spanning a period from the early 20th century to the present becomes the linchpin of the exhibition. The works on view are a sort of a digest highlighting some key “prophetic” moments in Russia’s contemporary art. These are the moments when the language of artistic expression shows signs of strain and special poignancy manifests in a debate over time-related issues. This kind of narrative reflects the nature of the MMOMA exhibition; the narrative corresponds with the structure of the exhibition, its consistency and peculiarities. The exhibits will be displayed both in a usual way befitting a regular event and in special “open storage” halls containing works of painting, graphics and sculpture, where every spectator can take a break as he moves past the exhibits arranged in chronological order. Special areas of the exhibition will be allotted for providing information on various activities of the MMOMA, its history and the role the museum has been playing in today’s culture. The explanatory account will be supported by statistics and diagrams. In terms of architectural design, each of the areas will be one of a kind.

MMOMA is fully set to show its library to the public for the first time. Books from the museum holding, publications on modern art and printed matter relating to “large” subjects of the exhibition (time, prophesy and predictions as to different cultures) will be arranged in the display bookcases. The library will be available for interested visitors on Thursdays and Saturdays during working hours of the museum.

The curatorial group headed by Executive Director Vasily Tsereteli is going to present the fifteen years of the museum history in a rather unexpected fashion. FORM Bureau designed the architecture of the exhibition to come up with a one-off tour route so that the spectator may be able to see the museum from the inside after knowing all its ins and outs. The exhibition “Fortune Museum” is not merely a reason to give a thought or two to history and things as they stand today, it is also a fair attempt at getting a glimpse of the future.