The exhibition is focuses on the urbans theme. Each of the five artists exhibited here touches upon these issues in their own individual manner. In his images of architectural fantasies. 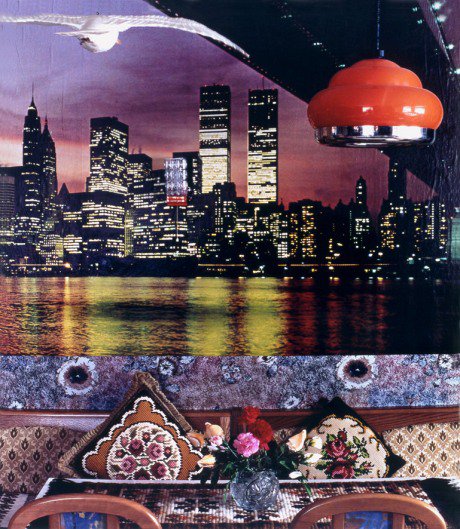 Cities are spaces both for living and for economic activity. What scope do they offer for dreams and for change? What kind of space do they provide? How does living in a small town or a metropolis change people?

Each of the five artists exhibited here touches upon these issues in their own individual manner. In his images of architectural fantasies, the Düsseldorf painter Stefan Kürten (*1963) takes up the theme of the attraction and repulsion of houses, stylising one`s own house as a symbol: “The house reiterates the borderline between security and abandonment and threat that also runs between individual subjects and the world that surrounds them” (Stefan Berg).

This theme is taken up by the sculptures of Ina Weber (*1964), who also includes the transience of architectural fashion in her work, causing us to ponder, as Katja Blomberg writes on the exhibition in the Haus am Waldsee, “what possessions, value, consumption, humour, sustainability, time and change mean for us today.”

In his photo-series “Case Study Homes” from 2008, Peter Bialobrzeski (*1961) studied the urban structure of housing, that is squeezed in between two container terminals in Manila. These bizarre constructions made from various waste materials, honor men’s creativity building themselves a home.

While the four German artists use architecture as a way of dealing with urban spaces and the people that bring them to life, the gaze of Finnish photographer Jyrki Parantainen (*1962) focuses directly on human beings. His eponymous photograph “Dreams & Disappointments” shows a monolithic skyscraper, surrounded by words such as “hope”, “secret” or “birth”; in its palpable ambivalence, it stands as a symbol both of awakening and of resignation.

Christmas Closing
From 24 Dec 2014 to 3 Jan 2015 the gallery will be closed and only open by appointment.