The exhibition presents the artist's two-decade-long career. On view works such as the video The Character of Characters and The installation Square Word Calligraphy Classroom, composed of tracing books with Xu Bing's invented calligraphy. 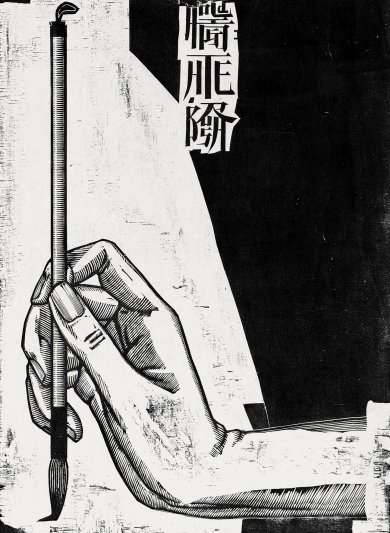 Xu Bing’s first solo presentation in Los Angeles explores the artist’s two-decade-long career. One of the most active and influential Chinese artists living today, Xu Bing received his training in the Printmaking Department at the Central Academy of Fine Arts (CAFA) in Beijing. Book from the Sky, an installation of books and scrolls printed with more than 4,000 fake Chinese characters, captivated the burgeoning art community in China in the mid-1980s. Since then, Xu has been investigating the significance and meaning of language.

This exhibition highlights works such as the video The Character of Characters, the artist’s magnum opus and a personal account of the significance of Chinese language and characters through history, culminating with their significance to Chinese society today. The installation Square Word Calligraphy Classroom, composed of tracing books with Xu Bing’s invented calligraphy, was created to help English speakers understand the language and the art of Chinese calligraphy. The work is on view in the Boone Children's Gallery, where visitors are invited to take up a brush and practice his calligraphy.