The Lumiere Brothers Center for Photography 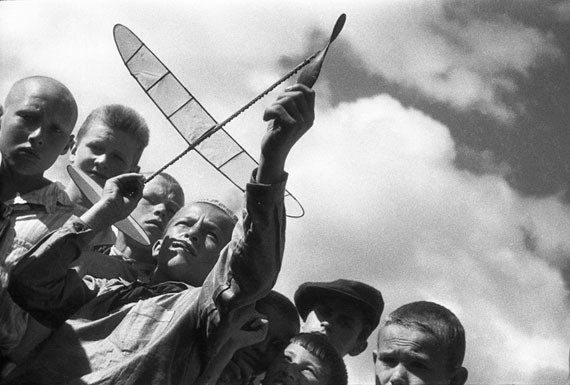 The Lumiere Brothers Center for Photography is pleased to present an exhibition of one of the classics of soviet documentary photography – Emmanul Evzerikhin. “The Last Session” is a project about the last days before the war that nobody expected. It is a project about fragility of peace on earth and importance of its maintenance; it’s is a project about the last generation of kids who had spent their carefree childhood before World War II that left its traces not only on the generation that survived it but on all posterity as well. The exhibition features several series by Evzerikhin from the late 1930s – the last serene days when despite repressions soviet people were falling into all-embracing collectivism euphoria with belief in a better tomorrow and bright future. A reportage on the younger generation reflects the atmosphere of these years the best way.

Emmanuil Evzerikhin belonged to the generation of professional photographers that had been formed in the 1930s – a crucial period of establishment of the medium of photography. These were days of invention of brand-new soviet aesthetics. Photographers were meant to take “decisive leap from blurred and boneless amateur photography to spirited and dynamic photojournalism”. As Evzerikhin himself wrote: “I was trying to peer into reality in search for the most distinctive characteristics and details of the new life”. Despite the fact that Evzerikhin is regarded as a pioneer of the new soviet photography one can find the old school approach of “bourgeois photography” in some of his work with its balanced traditional composition. Nevertheless Evzerikhin had been greatly influenced by the leftist avant-garde photography and experiments with shooting from odd angles and sharp perspectives. His shots are not adjusted and static compositions but a seized moment of constantly changing reality that extends beyond the frames.

After joining “TASS Photo chronicle” Evzerikhin was commissioned to photograph at Kremlin, shooting top state officials at conferences and congresses. Nevertheless, Evzerikhin’s breadth was far wider that political reportage. His exposure captured everyday life of the soviet people including pioneer camps, schools and sport parades. The exhibition features his photographs from the series such as “First photographs taken with Leica”, “Kids”, “Forest school” and “Uritsky gymnasium”.

The Lumiere Brothers Center for Photography has been working with Evzerikhin’s legacy for many years. His second solo exhibition organized within the Lumiere Center’s long-term project - “Anthology of Russian Photography of XX century” – is dedicated to the 70th anniversary of the end of WWII.