For the exhibition the artist presents two films that examines and proposes interpretations of history and the passing of time within the context of a post-1989 Europe. 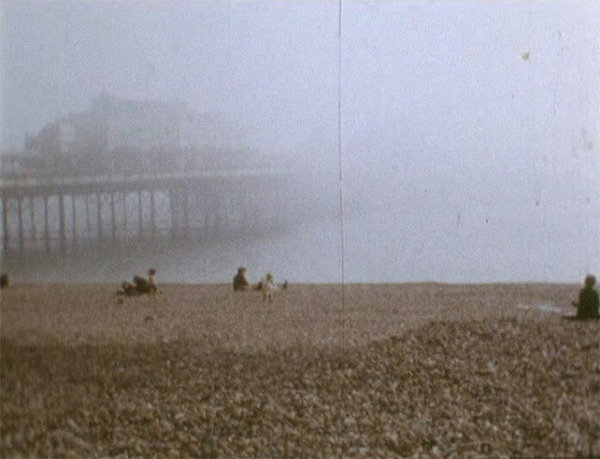 Maureen Paley is pleased to announce a solo project by Deimantas Narkevičius at the gallery that will present two films – The Role of a Lifetime (2003) and Into the Unknown (2009). Narkevičius’ work examines and proposes interpretations of history and the passing of time within the context of a post-1989 Europe. Edited together footage from found, archival and original sources is often accompanied by soundtracks composed from interviews and appropriated material. By allowing multiple timelines and narratives to co-exist within individual works Narkevičius questions how personal and collective memories are constructed and how they resonate in the present.

This film combines three distinct elements: the first is an interview with the British film-maker Peter Watkins, recorded in Lithuania where Watkins lived for many years in the course of his self imposed exile from Britain. The second is a sequence of drawings of the Lithuanian landscape, some depicting Grūtas Park that has become the repository of Social Realist sculptures from the post-war era. The third comprises footage of life in Brighton, shot by an amateur film enthusiast and deposited in the Brighton archives.

Narkevičius’ construction of the film unites these disparate components, relating sound and image and developing a dialogue between Watkins’ commentary and the imagery on the screen. Watkins and Narkevičius share a profound skepticism in relation to images that promise to be authentic representations of history. Independently of each other they have produced films with similar concerns: dismantling the conventional visual rhetoric of historic testimony and searching for a cinematic language that does not subject history to the forces of ideological assimilation or mass media commodification.

This film edits material that has been sourced from the E-TV archive, specifically footage from films produced by the DEFA in the former-DDR. Everyday life of East Berliners was documented over the course of twenty years with a high proportion of footage made in the 1970s and 1980s. Narkevičius’ film is made by editing together images of the city and the countryside, people relaxing and at work and of big crowds at an official outdoor gathering. There are also interior views of private and public spaces. Together these images are suggestive of the way in which people’s lives were ordered into strict social systems. Originally made to promote a socialist way of living the footage was made to show how ‘well balanced’ the socialist lifestyle was.

By re-editing different clips from the original films and layering a new soundtrack over this, Narkevičius aims to bring an ‘existential weight’ to those cinematic representations of archetypical socialist protagonists. There are several English language voiceovers in the soundtrack that are collected from a range of documentaries from the period and not directly linked with the footage. Some sentences are taken from Czech film Vyzva do Ticha [Challenge in Silence, 1965] and the dialogue expresses the complicated relationship between people and their environment.

Deimantas Narkevičius was born in 1964 in Utena, Lithuania. He lives and works in Vilnius, Lithuania.

He was awarded the Vincent Award in 2008