The exhibition presents the artist's approce to the social, institutional, economic, and psychological structures and strategies in contemporary fields of art. Her challenging approach to art is rooted in critical and feminist theory. 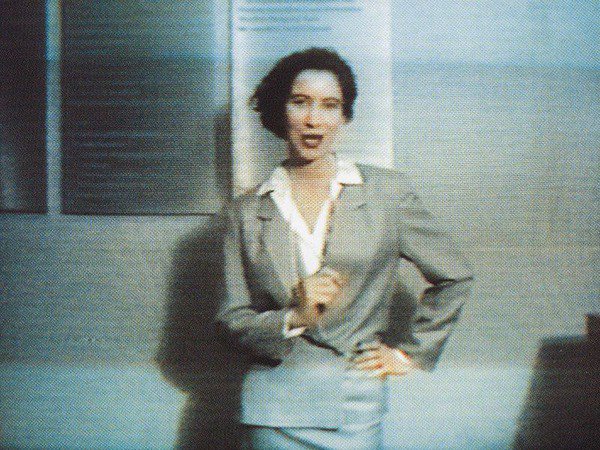 The Museum der Moderne Salz burg is proud to be the first institution in Austria to present a comprehen sive survey of the work of the American artist Andrea Fraser. Born in Billings, Montan a, in 1965, Fraser moved to New York in 1981; since 2006 she has resided in Los Angeles, where she is Professor of New Genres at UCLA. With pioneering work s that have sometimes provoked controversial debates, Fraser arguably ran ks among the most radical and influential artists of her generation. “Combining i ntellectual acumen with lively humor, her works are a unique and indispensible contributi on to contemporary art. This broad-based retrospective of her oeuvre reveals the richness and diversity of Andrea Fraser’s art as well as its radicalism and rigor,” notes Sabine Breitwieser, director of the Museum der Moderne Salzburg and curator of the exhibition. Showcasing approximately one hundred works in media ranging fr om prints, photography, and performance to video, installation, and text works, the exhibition is not only an Austrian première but also the most comprehensive su rvey of Fraser’s work to date.

Fraser appeared as a critical protagonist and comme ntator on the art field when she was still quite young in the mid-1980s, developing her critical stance in writings and performances as well as initiating and being active in groups such as The V-Girls. Showing internationally since the early 1990s, Andre a Fraser has had a particularly significant presence in Austria. She was one of three artistic Stellvertreter Representatives Rappresentanti in the Austrian pavilion at the 45th Venice Biennial in 1993. Her Project in two phases for the Generali Foundation in Vienna (1994–95), also organized by Breitwieser, examined the function of art for a corporation as well as her own artistic autonomy and remains highly rel evant to current debates on public museums and private collections Andrea Fraser investigates the motivations of instit utional and individual participants in the art field, including artists themselves. She analyses what we want from art and her own role with questions like: What do I, as an artist, provide? What do I satisfy? Often appearing as the protagonist in her psycho-so cial analyses of the art world, Fraser invites the audience’s projections. The vari ous roles into which she slips and the ways she involves others in her projects let us see art from new perspectives.
Her sophisticated, provocative, and humorous produc tions combine her impressive talent for theatricality and role-playing with cann y critical analysis. She asks questions of herself and others that challenge and charm us to look at our own roles in new ways.

Fraser has always regarded making art as a wide fie ld of practice that encompasses the intellectual and experiential; research, reflec tion and action. Her approach is informed by earlier generations of critical concept ualists and feminist artists who worked to reconnect art with the personal and the p olitical. Taking inspiration from the “reflexive sociology” of the French sociologist Pierre Bourdieu (1930–2002) an from psychoanalytic approaches to “here and now” an alysis, she scrutinizes the art world’s psychological and social as well as institu tional and economic structures.

Conceived as a mid-career retrospective covering th ree decades of work, the exhibition at the Museum der Moderne Salzburg captur es both the long-term development and the current stage of Fraser’s conti nually evolving approach. The show was designed in close collaboration with the a rtist and is organized in several thematic sections. It opens with early works such as Woman 1/Madonna and Child (1984), Four Posters (1984), and Damaged Goods Gallery Talk Starts Here (1986), followed by works in which she developed her critic al engagement with the museum in performances such as Museum Highlights (1989) and Welcome to the Wadsworth (1991). A section focusing on “Projects and Initiativ es” features the provocative projects in which Fraser addressed art as a service —the Preliminary Prospectuses (1993) and Services (1994, with Helmut Draxler)—as well as her Project in two phases (1994–1995) with the Generali Foundation.

Another group of works organized around the theme of “Class, Taste, and Collecting” includes the seminal May I Help You?, which is on view in three versions dating from 1991, 2005, and 2011; the artist will perform it li ve on June 14. A section of the exhibition devoted to “Globalization and Tourism,” another set of issues Fraser explored early on, features her audio installation for the exhibition Stellvertreter Representatives Rappresentanti in the Austrian pavilion during the 45th Biennale di Venezia (1993), the 82-part cycle of photographs White People in West Africa (1993) and her video and performance work for inSITE97 and the São Paulo biennial. In 2001, Fraser’s focus turned to the figure of the artist, with works such as Kunst muss hängen (Art must hang , 2001), Official Welcome (2001/2003), Soldadera (1998/2002), and Projection (2008), and she returned to issues of collecting w ith renewed radicalism in Untitled (2003) and her influential text “L’1% C’est Moi” ( 2011). The exhibition also includes examples of Fraser’s most recent work such as Men on the Line (2012/2014) and features the European première (on video) of the performance Not just a few of us (2014). Two more works by the artist will be includ ed in the concurrent exhibition of art from the collection Which Life?, which will be on display in the Museum am Mönchsberg’s second-floor galleries starting April 25.

An extensive catalogue accompanying the exhibition w ill be published by Hatje Cantz Verlag in June. Edited by Sabine Breitwieser for the Mu seum der Moderne Salzburg, it will include essays by Shannon Jackson, Sven Lütti cken, and Andrea Fraser as well as a conversation between the artist and Sabine Breitwieser and a comprehensive collection of Fraser’s scripts.

The exhibition will be accompanied by an extensive program of events in the form of an “academy” initiated by the Museum der Moderne Salzburg. Austrian and German educational institutions will organize lectu res and seminars exploring a variety of questions related to Andrea Fraser’s oeuv re.