Cinematic Visions of an Uncertain Tomorrow. Using the example of pioneering works from the 1960s, the exhibition shows that landscape is a term that is subject to continuous change in the human mind. 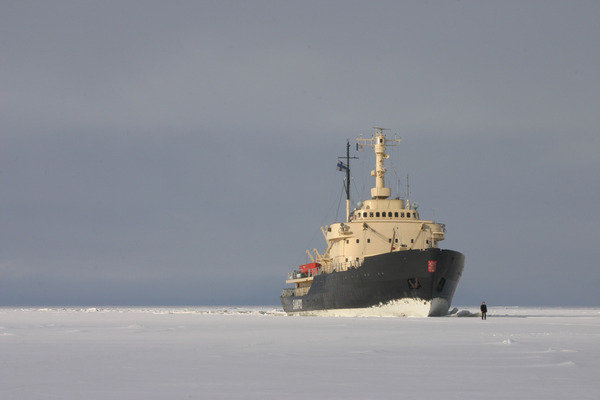 Part of the thematic focus ‘Landscape’
In cooperation with Camera Austria, Diagonale 2015 and Austrian Film Museum

Landscape takes place. According to Lucius Bruckhardt, it is not the mere appearance of the environment, it is also a structure which we only perceive with the help of our pictorial memory. The architect and ‘strollologist’ thus refers to a perception of landscape which can be understood in pictorial sequences – the filmic perspective, located in time, maintains that distance to landscape needed to perceive it.

In fact we can hardly imagine these days looking at the landscape without the ‘eye’ of the camera. Alone the view of our planet from space, which shaped our consciousness following the first photograph of our globe from the moon, changed permanently our dealings with landscape: from this perspective we perceive earth as a landscape that has been recorded, tamed and appropriated by man as territory. Its definitive finiteness and the ongoing change in resources, e.g. in agricultural land, are radically brought to our attention day in, day out with the help of the camera.

Using the example of pioneering works from the 1960s, the exhibition Landscape in Motion shows that landscape is a term that is subject to continuous change in the human mind. Film plays an essential role in this – as the prerequisite for capturing the reality of landscape, but also as a kind of catalyst that fundamentally influences these processes of perception.

The exhibition is accompanied by an inter-disciplinary programme and catalogue, with approaches from the following exhibitions: Disputed Landscape as engagement with the disputed concepts of a photographic image of landscape, in the Camera Austria; HyperAmerica with a focus on the ambivalence felt towards land grabs as we recognise it in the American landscapes of the Hyperrealists and the photographers of the New Topographics, on show in Space01 in the Kunsthaus Graz; Landscape: Transformation of an Idea, which offers an overview of the historical development of the image of landscape, to be seen in the Neue Galerie Graz; and finally, the Political Landscape of the Ausseerland, which is treated in an exhibition of the same name, at the Institute for Art in Public Space.