The Artist and the State. A significant body of works of one of the most influential authors of the 20th century, with the work of Rossella Biscotti, Nuria Guell, Sarah Pierce and Hito Steyerl, who reflects on the position of the artist within contemporary society. 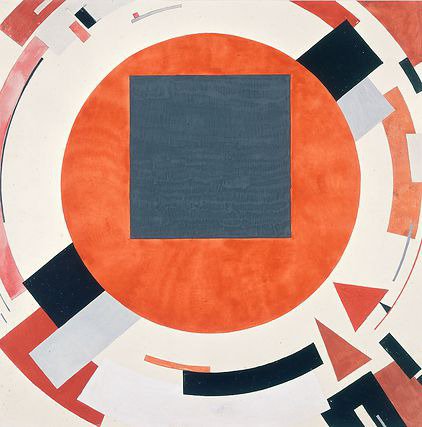 On the approach of the centenary of Ireland’s Easter Rising and the subsequent establishment of the new Republic, IMMA presents El Lissitzky: The Artist and the State. The exhibition reflects on the artistic and cultural community that gave voice to a new image for the emerging state and a visual language for its politics, placing this local reflection within a broader global consideration of the role of artists in the imagination of emergent states of the early 20th century and a contemporary reflection on the task of the artist in relation to civil society.

The exhibition brings together a significant body of works from the Van Abbemuseum Eindhoven by El Lizzitsky (1890–1941), one of the most influential artists of the 20th century, shown here for the first time in Ireland. El Lizzitsky was an enthusiastic supporter of the Russian Revolution; for him, the construction of the Soviet Union meant the opportunity to break away from traditional constraints. He used it to develop visions of a collective aesthetic of the new world, which he then embodied in his artworks.

These works, including an important body of his noted "Proun" series, are shown in the context of archive material referencing the work of Irish nationalist poet and writer Alice Milligan (1865–1953) and her collaborator Maud Gonne (1866–1953). The exhibition explores their parallel visions of the activated artist central to the imagining of a new state. El Lissitzky and Milligan both envisaged their creative practices as tools for social and political change, although realising this through very different aesthetic languages and strategies. What becomes clear is the conviction and active participation in the task at hand: the artist as active in the formation of the new world order.

A contemporary counterpoint to the historical narrative is provided by the work of four artists—Rossella Biscotti, Núria Güell, Sarah Pierce and Hito Steyerl—whose work, in different ways, reflects on the position of the artist within contemporary society. Núria Güell and Rosella Biscotti directly address our position as individuals within the mechanics of the state, while Pierce questions the task of the artist (both past and present) in addressing any kind of cohesive experience in civil society. Hito Steyerl will exhibit two works, each of which reflect on the important history of the Russian Avant Garde while pointing towards more contemporary concerns within today’s digitised and militarised global context.

El Lissitzky: The Artist and the State brings to Ireland for the first time an extraordinary body of work by El Lissitzky—generously lent to IMMA by the Van Abbemuseum, Eindhoven, The Netherlands—shown alongside archival material related to Alice Milligan and Maud Gonne’s theatrical tableaux, as well as newly commissioned and recent works by Rossella Biscotti, Núria Güell, Sarah Pierce and Hito Steyerl.

A full programme of talks and lectures accompanies the exhibition. Visit the web site for more information.