The Early Years. An exhibition of drawings and paintings by one the most pivotal and significant 20th century American painters. The show references the seminal period when many artists were infused with avant garde sensibilities. The exhibition runs concurrently with a separate show, Jerome Witkin: Sight & Insight Part 2, paintings and drawings from works of intimate scale to the monumental 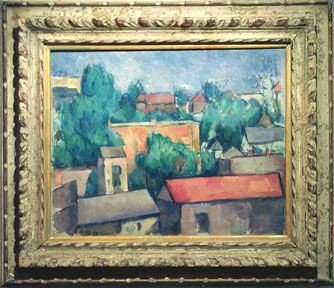 A rare exhibition of drawings and paintings by one the most pivotal and significant 20th century American painters, Arshile Gorky, will be featured at Jack Rutberg Fine Arts in Los Angeles with a major exhibition Arshile Gorky: The Early Years opening on November 5, extending through December 24.

The exhibition will be accompanied by a 96 page text with 103 color illustrations published for the occasion with essay by leading Gorky scholar, Melvin P. Lader. Dr. Lader co-curated the recent major retrospective of Gorky drawings at the Whitney Museum of Art in N.Y. and the Menil Collection in Houston. Dr. Lader's text expands upon his extensive writings on Gorky, offering new references and insights on this legendary artist.

Arshile Gorky was born in 1904 in the province of Van in Armenia. Following the Armenian massacres of 1915, resulting in extreme hardships including the death by starvation of his mother, Gorky (born Vosdanik Adoian) emigrated to New York in 1920. In America, only a few years later, Gorky's talents were quickly recognized as he began teaching at the age of 21, first at the New School of Design, and from 1926-32, at the Grand Central School of Art. A formidable artistic force, Gorky was a lightning rod for what was to become the "New York School" as he assimilated European influences from the "classic" artists ranging from the old masters as Piero della Francesca, Vermeer, Poussin and Brueghel to Ingres. It was however, Gorky's absorption of CÃ©zanne and the Cubist works of Picasso and Braque, and ultimately Miro, Matta and the Surrealists that would set the course of modern art in America.

This exhibition of drawings, mostly never before shown, and paintings from this early period reference this seminal period when so many artists were infused with these, then avant garde sensibilities. It was during this period when Gorky's acquaintance was made and would leave its profound impact upon such artists as John Graham, Willem deKooning, Hans Burkhardt, Stuart Davis, David Burliuk, Ethel Schwabacher (who ultimately wrote a book on Gorky), Isamu Noguchi and a great many other notables.

Arshile Gorky: The Early Years opens on November 5 at the Jack Rutberg Fine Arts gallery with an opening reception from 7:00 till 9:30 p.m. The exhibition runs concurrently with a separate exhibition, Jerome Witkin:Sight & Insight Part 2 paintings and drawings from works of intimate scale to the monumental including Witkin's celebrated Entering Darkness measuring 36 feet in length. The gallery is located at 357 N. La Brea Avenue in Los Angeles. Gallery hours are Tuesday through Friday from 10:00 a.m. till 6:00 p.m and Saturdays from 10:00 a.m. till 5:00 p.m. For additional information contact (323) 938-5222.