World s leading Photography Fair. The eighth annual Paris Photo will host 105 prestigious galleries and publishers from 16 countries, exhibiting all forms of photography: from rare vintage prints and modern masterpieces to cuttingedge art, fashion, and documentary photography. The fair expects to welcome over 40,000 visitors, including international collectors, museum professionals, artists and the media. 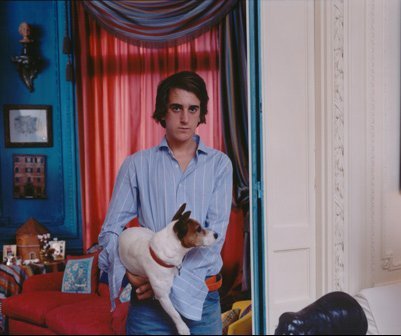 Paris, July 14, 2004 Paris Photo 2004 will be held in the Carrousel du Louvre from November 11 through 14, 2004. Paris Photo is widely recognized as one of the world s premier venues for viewing fine art photography. The eighth annual Paris Photo will host 105 prestigious galleries and publishers from 16 countries, exhibiting all forms of photography: from rare vintage prints and modern masterpieces to cuttingedge art, fashion, and documentary photography. Paris Photo expects to welcome over 40,000 visitors, including international collectors, museum professionals, artists and the media.

The selection of galleries for 2004 is more international than ever with the largest participation of foreign galleries since the inception of the fair. Over 70% of the exhibiting galleries are based outside France. There is an especially strong increase in participation by American galleries (17 galleries), as well as 15 galleries from Germany and 10 galleries from the United Kingdom. Paris Photo will welcome 31 newcomers to the fair, including the first-ever participant from Iran: Silk Road gallery of Tehran.

New Photography Prize: Prix BMW-Paris Photo
To celebrate and foster contemporary photography, Paris Photo and BMW will inaugurate a new photography prize at this year s fair: the Prix BMW-Paris Photo. Granted to a talented contemporary photographer exhibiting at Paris Photo, the award will be given to one artist selected from 50 short-listed artists by a prestigious jury of experts and collectors. The prize will be accompanied by a cash award of 12,000 Euros (approximately $15,000 USD). The award ceremony will take place at the fair on Friday, November 12 at 7 pm.

Exhibition Highlights
Paris Photo 2004 will feature a wide variety of exhibitions, from important solo shows of contemporary artists, to vintage photographs from the early days of the medium. Highlights include:

- A selection of works from the AndrÃ© Breton Archive, including portraits of Magritte, Breton, Ã‰luard and Dali.

- Vintage prints by William Henry Fox Talbot, the father of modern photography, and Anna Atkins, a student of Talbot s and one of the earliest woman photographers.

A Strong Contemporary PresenceContemporary photography will play an important role at Paris Photo this year, and the majority of the 31 first-time exhibitors specialize in contemporary art. Distinguished newcomers include Charles Cowles, Gitterman, Yossi Milo, Marvelli and Ricco/Maresca galleries, all from New York; Sfeir Semler (Hamburg) and Conrads (DÃ¼sseldorf); Isabella Brancolini (Florence) and Photo & Contemporary (Turin); Fernando Pradilla and Estiarte (both in Madrid), and Scout Gallery (London), in addition to eight Swiss galleries exhibiting in the fair s Statement section.

Statement Switzerland has been made possible thanks to support from the Centre culturel suisse in Paris and PrÃ©sence Suisse.

Museum Exhibition: Winterthur Fotomuseum
To complement the Statement section, Paris Photo will mount a special exhibition at the fair of highlights from the collection of the Winterthur Fotomuseum to reinforce the role that Swiss art and collections have played in the development of modern and contemporary photography. Opened in 1993 and located just outside Zurich, the Winterthur has quickly become one of the world s major photography museums. Presented outside Switzerland for the first time, the selection of 20 artworks by Robert Frank, Paul Graham, Vanessa Beecroft, Thomas Ruff, Lewis Baltz and others will showcase the Museum s collection and provide an overview of important photography from 1960s, 70s, 80s and 90s.
______

November in Paris: Month of Photography

Throughout the month of November, Paris will celebrate photography with a series of events and exhibitions through its biannual citywide festival Mois de la Photo. In addition to Paris Photo, more than 70 international photography exhibitions at museums, galleries and boutiques make Paris in November an essential destination for photography lovers. For details see www.mep-fr.org.

Highlights of the 2004 photography season in Paris include:

- Hiroshi Sugimoto at the Fondation Cartier;

A number of other important exhibitions will be on view in Paris this fall, making it a major destination for art and photography lovers alike. The Galerie Nationale du Grand Palais will show Turner, Whistler, Monet, exploring the relationships between these three giants of 19th-century painting. The MusÃ©e d Orsay will mount Alfred Steiglitz and his Circle: Modernity in New York, 1905-1930, featuring both European modernists including Rodin, CÃ©zanne, Matisse, Picasso, Picabia, Brancusi, and Duchamp, and Americans including Hartley, Dove, Marin, Demuth, and Georgia O Keeffe. The Palais de Tokyo will mount a solo exhibition of Swiss contemporary artist Thomas Hirshhorn.

VIP Program
Close-Up, Paris Photo s signature program for international collectors, will offer VIP visitors access to a series of special tours and events, including curator-led tours, visits to important private collections, and special receptions. A full schedule of events is currently in production and will be available in September. Advance registration in the Close-Up Collectors Program is required.
________