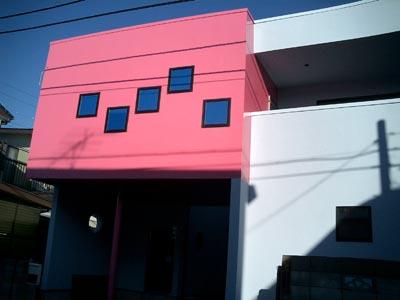 Organized in three multidisciplinary events, the 2005 program would like to spotlight art that is inspired by or is part of our daily lives by presenting those imperceptible or insignificant little things that surround us, make up our vital environment and influence our way of life in a conscious or subconscious manner.

The topic will be visited by the prism of several disciplines that make up our day to day routine, starting here with architecture, then following on with fashion, graphics and design for the summer event of 2005. Finally the CCSP is giving pride of place, in its third event of the year, to the performing arts and literature to transmit those little things in life, insignificant though they may seem at first, but which are so important in the complexity of our general make up.

The CCSP's first guest is Philippe Rahm, an architect from Lausanne, who will be presenting his own work along with the projects of 5 architecture agencies sharing the same concept for invisible architecture. The exhibition highlights architectural elements that are not normally visible, but nevertheless play an integral role in the work, like the control of fluids, light and air. All these elements modify the reality of our surroundings over and above the constructions themselves and in this way transform man's perception of temporality. The exhibition does not wish to present architecture in its monumental definition but rather to spotlight the invisible components that have a direct influence on man.

PROJECT ROOM
12.03 - 10.04.05 / Joel Tettamanti / Stadtlandscweiz, photographs (2003) This series of photos, commissioned by the Swiss foundation Avenir, is centred around the modifications in landscapes due to the urbanization of city peripheries. Stadtlandscweiz was originally designed to be published in book form and presents a topological panorama stretching between Spreitenbach and Petit-Lancy.

The Centre culturel suisse de Paris is the representation of Pro Helvetia, Arts Council of Switzerland