Art, Cinema and the Racial Imaginary. The exhibition explores the work and influence of black artists working in America, Britain and Jamaica in the 1960s and 70s. It traces the cultural impact of the Black Arts Movement through the painting, sculpture, photography, graphics and film that emerged over two decades, also exploring seven major themes including the ghetto; black popular culture; and politics. American artists as Barkley L. Hendricks, Gordon Parks and David Hammons revealed a keen understanding of their own strategic importance 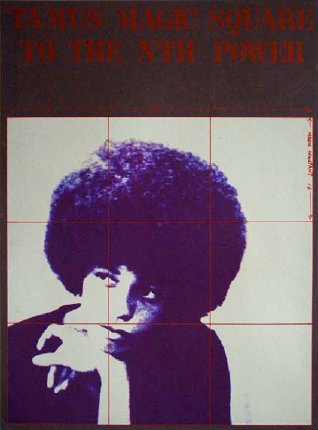 Art, Cinema and the Racial Imaginary

Major international exhibition explores the work and influence of black artists working in America, Britain and Jamaica in the 1960s and 70s. Back to Black traces the cultural impact of the Black Arts Movement through the painting, sculpture, photography, graphics and film that emerged over two decades. The exhibition explores seven major themes including the ghetto; black popular culture; and politics.

The 1960s and 70s was a period of dramatic transformation among black communities. In the United States the civil rights movement dismantled centuries of racial discrimination. For the first time in American history racial blackness was liberated from disadvantage and given a new discourse of equality and tolerance. Africa was rediscovered as black Americaâ€™s cultural point of reference, while Jamaica and the Caribbean offered a distinct identity for Black Britons.

The symbols of this new racial consciousness â€“ the raised fist, â€˜Afroâ€™ and â€˜dreadlockâ€™ hairstyles and icons such as Bob Marley, Mohammed Ali and Angela Davis â€“ infiltrated the art and popular culture of the time. Along with the slogans â€˜Black Powerâ€™ and â€˜Black is Beautifulâ€™ artists were pivotal in reorientating public perception. American artists as diverse as Barkley L. Hendricks, Gordon Parks and David Hammons revealed a keen understanding of their own strategic importance while pioneering creative experimentation.

Back to Blackâ€™s themes delineate the issues, characteristics and moods of 1960s and 70s artists and audiences. Black consciousness before the historic signing of the Civil Rights Act by U.S. President Lyndon Johnson in 1965 is explored through the work of artists such as Edna Manley, Charles White and Aubrey Williams. Whereas Romare Beardeu, Dawoud Bey and Vanley Burke reveal a fascination with the inner city â€˜ghettoâ€™ â€“ from Kingston, Jamaica to communities in London and the U.S. The work of Barkley L. Hendricks and Faith Ringgold show how the fashions and hairstyles of the time were used as vehicles for social masquerading and self-invention. Political works of art on show include a large sculpture by Elizabeth Catlett and several pivotal body-prints-on-paper by David Hammons.

Back to Black â€“ Art, Cinema and the Racial Imaginary is curated by David A.Bailey, Professor Richard J Powell and Dr Patrine Archer-Straw. Bailey is a London based curator whose recent exhibitions include Mirage - Enigmas of Race, Difference and Desire, ICA, London, and Rhapsodies in Black - The Harlem Renaissance, Hayward Gallery, London. Powell, Professor in the History of Art, Duke University, is a renowned scholar of African American art history. In 1997 he published Black Art and Culture in the Twentieth Century, and in 1999 curated To Conserve a Legacy â€“ American Art from Historically Black Colleges and Universities. Petrine Archer-Straw, curator, National Art Gallery of the Bahamas, is a British/Jamaican art historian known for her work on Caribbean Art. Her books include Negrophilia - Avant Garde Paris and Black Culture in the 1920s (2000); New World Imagery - Contemporary Jamaican Art (1995); and Jamaican Art - An Overview, (1990).

The exhibition partner is Rich Mix, who have produced a CD & limited edition vinyl soundtrack of rare music from the time. Rich Mix is a new creative place for London, offering fresh curatorial, selection, educational and entrepreneurial practices within a digital environment. It opens in 2006.

The exhibition is a major part of Africa 2005, a year-long celebration of contemporary and past cultures from across the continent and the Diaspora which embraces the diversity of arts, heritage and audiences.