The exhibition will officially launch the much anticipated book by renowned art historian, Peter Selz, entitled, 'Art of Engagement: Visual Politics in California and Beyond'. It centers on works that are compelling for their artistic expressions. The exhibition include nearly eighty paintings, sculptures, prints, drawings and olso works loaned by the Berkeley Art Museum in recognition of Peter Selz as its Founding Director. 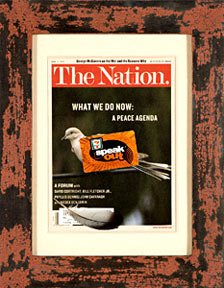 Los Angeles, CA - Jack Rutberg Fine Arts is presenting an important and timely exhibition, "Art of Engagement," which will officially launch the much anticipated book by renowned art historian, Peter Selz, entitled, "Art of Engagement: Visual Politics in California and Beyond," published by University of California Press.

In its scope and breadth, the "Art of Engagement" exhibition functions as an ambitious historical survey of artistic expressions in contemporary and modern art inspired by social and political issues. The exhibition centers on works that are compelling for their artistic expressions. Collectively, these works underscore the degree to which artists have been responsive to such issues, in spite of the relative rarity of similar exhibitions presented by museums and galleries.

Subjects addressed in the exhibition include: free speech, eco-environmentalism, gender politics, racial issues, and labor activism are just a few of the subjects explored in "Art of Engagement," along with images of conflict, from the Spanish Civil War,World War II and the Holocaust to the war and political agitation of the Vietnam war years up through to the present war in Iraq.

The exhibition will include works loaned by the Berkeley Art Museum in recognition of Peter Selz as its Founding Director.

In his roles as a distinguished museum curator and director, art historian, and the author of more than twenty books, Peter Selz has been a formidable force in the arts, responsible for introducing or broadening recognition of many major artists in America, among them Mark Rothko, Max Beckmann, Jean Dubuffet, Alberto Giacometti, and the German Expressionists.

Early in his career, Selz was at the Institute of Design, the new Bauhaus of Chicago, when he received a Fulbright Grant to study postwar French painting. In the 1950's Selz came to California where he served as Chairman of the Art Department at Pomona College and as Director of its gallery. In the 1960's, Selz organized numerous groundbreaking exhibitions as curator at the Museum of Modern Art in New York, where he gained a reputation for a prescient and provocative eye.

Selz was the Founding Director of the Berkeley Art Museum at UC Berkeley, where he brought to prominence such California luminaries as Sam Francis, Bruce Conner, and Peter Voulkos, among others. He is Professor Emeritus of the History of Art at UC Berkeley.

Related educational programs complementing this important exhibition will include a program featuring a discussion with Peter Selz and Henry Hopkins on the evening of December 3, at 7:30 p.m. Reservations required.