Felix Gonzalez-Torres: Early Impressions / Between the Lines: Text as Image. An Homage to Lorenzo Homar and the Reverend Pedro Pietri 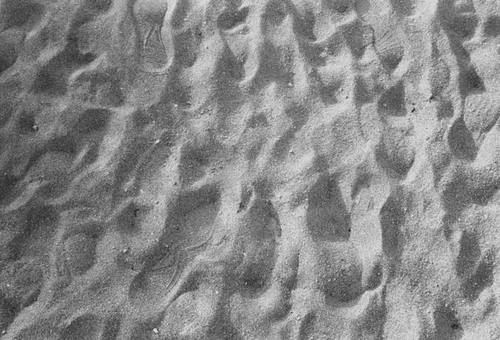 Organized by Deborah Cullen, Director of Curatorial Programs at El Museo, the exhibition expands upon an original presentation curated by Elvis Fuentes as part of the Trienal (December 2004-March 2005). While the renowned conceptual work of Cuban-born Felix Gonzalez-Torres (1957-1996) continues to be internationally embraced, the creative output from his early period in Puerto Rico has yet to be fully explored. Never before seen outside of Puerto Rico , this exhibition will highlight Gonzalez-Torres’ very early efforts from his formative years, relating them to selections from his mature and well-known artistic oeuvre.

Felix Gonzalez-Torres: Early Impressions will present documents, working papers, and materials from the artist’s period of study and artistic production and activity in Puerto Rico (1978-1985). This material includes poems, photographs, texts and conceptual projects published in newspapers and magazines; stills documenting performances; experimental videos; sketches and proposals for projects never realized; and ephemera such as press releases and invitations. Twelve mature works, borrowed from public and private collections, will be placed in the context of these preliminary projects to reveal the trajectory of Gonzalez-Torres’ conceptual, personal and political concerns as well as the development of his innovative use of popular, mass-reproducible mediums. Included in this exhibition are news clipping works, photograph-imprinted puzzles, and three of the artist’s well-known paper “stack" pieces that shift traditional ideas of ownership, value and meaning by inviting the viewer to individualize the experience of the work by taking a sheet. These stacks simultaneously play upon the idea of the printed poster, an important form in Puerto Rican and Cuban art.

The exhibition’s curator, Elvis Fuentes , has commented on the continuity and progression of specific themes in Gonzalez-Torres’ work: “Experimentation in photography and printmaking, a strong relationship to the media -particularly the press—the importance of text as image, in dialogue with the poster tradition, the themes of beach and memory, the experience of migration and the family—these are some of the strands that link the work of Felix Gonzalez-Torres (registered in his catalogue raisonne'e) with his formative stage in Puerto Rico. The documents reunited by this project demonstrate the necessity to study more profoundly this relationship."

In relation to the influence of the graphic tradition in Puerto Rico upon the contemporary artist as well as to the development of artistic production outside of mainstream methods, Felix Gonzalez-Torres: Early Impressions will be presented concurrently with Between the Lines: Text as Image. An Homage to Lorenzo Homar and The Reverend Pedro Pietri, an original exhibition featuring select works by the two major, recently deceased Puerto Rican masters who highlighted poetry, language, and texts in their works. El Museo’s presentation will link the two artists - Homar as a leading Caribbean printmaker and Pietri as influential performance artist and co-founder of the Nuyorican literary movement - and their circles for the first time, and will correspond with the use of text and reproducible forms as explored in Gonzalez-Torres’ earlier work. A full range of public programs for adults and children will accompany both exhibitions.

Between the Lines: Text as Image. An Homage to Lorenzo Homar and the Reverend Pedro Pietri
February 24 - September 10, 2006

This original exhibition will feature select works by two recently deceased Puerto Rican masters: leading printmaker Lorenzo Homar (1913-2004) and influential performance artist, political activist and co-founder of the Nuyorican literary movement, The Reverend Pedro Pietri (1944-2004). The work of both Homar and Pietri celebrates the word - written, spoken and performed - and El Museo’s presentation will focus on this literary aspect, linking the two artists and their circles for the first time. The exhibition is organized by Margarita Aguilar, Curator, El Museo del Barrio.

Between the Lines: Text as Image features works by Homar and Pietri, along with other artists for whom language was the primary subject and content of their artistic practices. Homar’s graphic renditions of political and poetic texts served as means to crystallize the voices of his contemporaries, such as Pablo Neruda, Toma's Blanco, Julia de Burgos and Federico Garci'a Lorca. Drawing primarily from the extensive holdings of graphic arts within El Museo’s Permanent Collection, the exhibition forges connections from Homar’s calligraphic images to its resonance in the visual elements used in the Spanglish poetic performances of Pietri as well as in the works of Homar’s colleagues and students, including Antonio Frasconi, Jose' Rosa Castellanos and Antonio Martorell. Debuting in New York will be a partial installation of Martorell’s Jaulabra, literally a contraction meaning “caged-word," in which a dictionary of ten sacred words such as paz (peace) and verdad (truth) are liberated from traditional text and engrained into wood tiles covering the floor and wall, swirling around the viewer to be reassembled in limitless possibilities.

While El Museo has frequently hosted presentations by Lorenzo Homar and by Pedro Pietri, this project will mark the first museum exhibition focusing upon Pietri’s work as a visual element, and will link his performative, poetic practice to others of his generation, for whom language - whether English, Spanish, or Spanglish - was also an extremely important element of their visual work, including Ada'l, Papo Colo, and Daniel Joseph Marti'nez. On display are these artists’ integrations of text and image as signs, brochures and other projects that, by reaching outside the art world, convey political, social and cultural messages as assertions of this generations’ place in society, and illustrate a critical approach to the maintenance of the Latino visual-literary tradition.

Expanding upon the presentation of the Puerto Rican graphic tradition as well as upon the practice of creating art outside of mainstream production, Between the Lines: Text as Image. An Homage to Lorenzo Homar and The Reverend Pedro Pietri will be presented concurrently with Felix Gonzalez-Torres: Early Impressions. This exhibition will highlight the internationally-celebrated conceptual artist’s use of text and reproducible forms as explored in his early efforts created during his formative years in Puerto Rico placed in relationship to selections from his mature and well-known artistic oeuvre. A full range of public programs for adults and children will accompany both exhibitions.

El Museo del Barrio is located at 1230 Fifth Avenue between 104th and 105th Streets and may be reached by subway: #6 to 103rd Street station at Lexington Avenue; #2, #3 to Central Park North/110 th Street station or by bus: M1, M3, M4 on Madison and Fifth Avenues to 104th Street; local crosstown service between Yorkville or East Harlem and the Upper West Side in Manhattan M96 and M106 or M2. Museum hours: Wednesday - Sunday, 11AM to 5PM . Closed on Monday and Tuesday. Suggested museum admission: $6 adults; $4 students and seniors; members and children under 12 accompanied by an adult enter free.