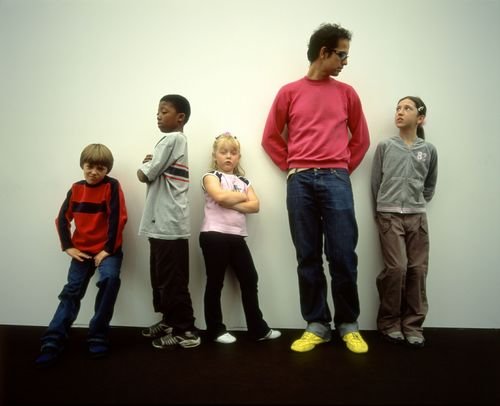 The Kunsthaus Bregenz is proud to present the first solo exhibition by Tino Sehgal in Austria. The show provides audiences with the unique opportunity of getting to know and experience this artist’s unconventional work.

Tino Sehgal has developed a specific form of art that only arises through encounter. Carried out by interpreters, his work exists as situations that take the form of fleeting gestures based on movement or the spoken word and take place through interaction with the visitors. Thus, in lieu of the material production of objects, the artist creates temporary works consisting of bodies, space, and time.

Sehgal’s pieces, nevertheless, still fulfill the conventions of visual artwork. They are present in the exhibition space for the duration of a show, are sold, and collected by museums or private individuals. Each work consists of one or several people acting something out. In recent years, Sehgal has worked with a variety of interpreters, including museum guards, singers, children, academics, and the socially disadvantaged. By virtue of their site specificity and provisional nature, his pieces of art challenge traditional museological contexts. The human voice, language, movement, and interaction are the artistic materials with which Sehgal stakes out a radical position within the tradition of sculpture and installation.

Sehgal’s background in political economy and choreography plays a fundamental role in his work. Through his work, Sehgal explores social processes, conventions, and the allocation of roles, thus questioning the fundamental elements of not only art practice, but also the social system: materiality, idea, originality, producer, viewer, owner, and market value.
In his first solo exhibition in Austria, Tino Sehgal will take advantage of the four exhibition levels of the Kunsthaus to present three sculptural situations, of which two are being shown for the first time.
Tino Sehgal was born in London in 1976 and currently lives in Berlin. In 2005, he (together with Thomas Scheibitz) represented Germany at the 51st Venice Biennial. His recent solo exhibitions include the ICA, London (2006 and 2005), the Kunsthalle Hamburg (2005), the Fundacao Serralves, Porto, the Muse'e des Beaux-Arts de Nantes, and the Van Abbemuseum, Eindhoven (2004). In addition, he has participated in a number of group exhibitions including the 1st Moscow Biennial (2005), the 50th Venice Biennial (2003), and “I Promise it’s Political" at the Museum Ludwig Cologne (2002).

It is not allowed to take photos or to film the show.