Only in Art, Dreams Come True. The exhibition's title refers to the utopia of personality transformation that can only become a reality in art. Since embarking on her new path, Kozyra has created 13 performances during which she has acted like a diva and sung well-known arias. 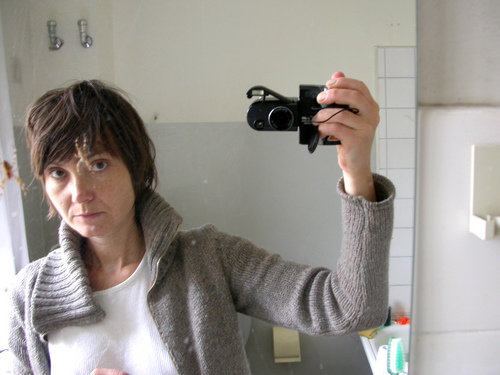 In the presence of the Maestro, Gloria Viagra and the Midgets of the Midget Gallery Exhibition realized with financial support from the Polish Institute in Berlin ‘Anyone can dance, sing and act. And from my omnipotence comes a certainty that I will succeed at whatever I choose to focus on, because I’m potentially talented in every area."

When Katarzyna Kozyra came to Berlin in 2003, she wanted to spend her stipend money on something she could only do within the DAAD Berlin Artists Program: on becoming an opera diva! She spent her first stipend on professional singing lessons and make-up. The Maestro, a polish singing master, and Gloria Viagra, the Berlin-based drag queen, were her teachers during this stage of the project. This educational process proved successful and led Katarzyna Kozyra to develop a new medium in her artistic practice. She was known as a video artist before, and now she decided to try a new form of performance involving operatic singing.

The exhibition's title refers to the utopia of personality transformation that can only become a reality in art. Since embarking on her new path, Katarzyna Kozyra has created 13 performances during which she has acted like a diva and sung well-known arias. The performances have taken place throughout the world, from the opening of the Carnegie International in Pittsburgh, USA, to the Teatro Sociale in Trento, Italy, from the Kunsthalle in Vienna to the Barbican Center in London, from the Zacheta in Warsaw to the Teatro Palladium in Rome. In some instances she transformed normal places into stages, creating a kind of street theater: during traditional feasts in Florence and Regensburg, she organized processions with a fake Madonna and suddenly appeared amidst them dressed like an evil "queen of the night, singing the relevant aria from Mozart's "The Magic Flute. During a private birthday party for Gloria Viagra at a Berlin club, she popped out of a gift-b ox dressed like Gloria and proceeded to perform a striptease on stage. In recent videos she appeared as Snow White surrounded by five little dwarves, and as a young cheerleader assisted by a group of naked athletes. The concept of transformation is also expressed by figures like Gloria Viagra, the Maestro or the Midgets, real persons who are simultaneously fairytale characters. All Kozyra's performances manifest the idea of metamorphosis, of representing a different self.

Along with documentation of the 13 performances that took place between 2003 and 2006, this exhibition at the DAAD Gallery will include a new video work that will constitute a kind of summary of Katarzyna Kozyra's new medium and include interviews with the people who worked with her during development of this new project. Katarzyna Kozyra was born 1963 in Warsaw, Poland, and lives Warsaw, Berlin and Trento. She has been participating in international group exhibitions since 1996. Recently she presented the performance The Midget Gallery at the Frieze Art Fair in London and at the Berlin Biennale.

She is represented by the Postmasters Gallery in New York.

For further information, go to http://www.katarzynakozyra.com