The artist examines our set notions of space and of time's linear development. For his exhibition he will present two films: Black Monday and Solarys. In homage to Bruce Nauman, Prego constructed Sunoise, a large sculpture comprised of two fluorescent tubes joined by mechanical arms, where time is suspended and space is manipulated. 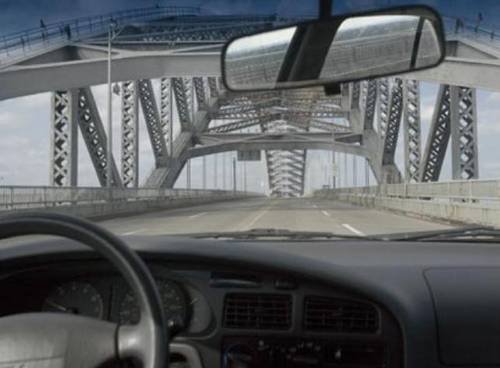 Sergio Prego typically examines our set notions of space and of time's linear development. For his first exhibition at Lehmann Maupin, Sergio Prego will present two films and large sculptures where time is suspended and space is manipulated.

The new film Black Monday depicts a small explosion and plume of smoke captured from several viewpoints in the artist's studio. This single moment is fixed in time then manipulated with a computer to upset the usual relationship between space and time, creating what appears to be a three-dimensional sculpture in video.

Solarys, Prego's most recent film, also explores the conventional notion of linear time and attempts to cause friction between the simple documentation of an action and the narration that results from these related elements. The film directly references acclaimed Russian director Andrei Tarkovsky's 1972 cult classic of the same name. Filmed through the tunnels and streets of Tokyo, Prego utilized four cameras to capture the “futuristic" landscape. In the original film, the future was represented as a contemporary highway scene. Here the notion of the future has been updated. With several cameras recording simultaneously inside and outside of the car as Prego travels through the cityscape, he is able to give different perspectives on the same view.

In homage to Bruce Nauman, Prego constructed Sunoise, a large sculpture comprised of two fluorescent tubes joined by mechanical arms. Each light moves independently of the other, folding and rotating as though dancing in the gallery. In another part of the gallery, Prego presents his newest sculpture made of large sheets of damaged metal in an attempt to alter our perceptions of space.

Spanish artist Sergio Prego was born in San Sebastian in 1969. Prego works in many different fields of media including video, photography, performance art, installation, and sound. Prego has exhibited extensively in the United States and abroad, most recently at Centro de Arte Contempora'neo de Ma'laga in Spain, Museum of Contemporary Art in Denver, and P.S. 1 MoMA in New York. Prego also created a special installation at the Palazzo delle Papesse-Centro Arte Contemporanea in Siena in 2005.

For more information, please contact Stephanie Smith at 212-255-2923 or stephanie@lehmannmaupin.com.