Shandyism as a phenomenon or position, reflecting the diversity of points of contact with the media. A number of art works will be shown that express its methodological idiom. Andrea Bowers' exhibition examines the people who maintain and display The AIDS Memorial Quilt and the storage facility they oversee that houses this cultural artifact. Leopold Kessler's works focus on public space, exploring the topography of cities. 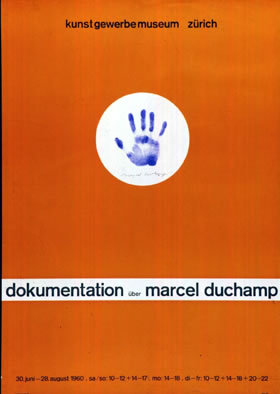 The exhibition Shandyismus. Autorschaft als Genre refers to Laurence Sterne’s novel The Life and Opinions of Tristram Shandy, Gentleman from the 18th century. It will focus on Shandyism as a phenomenon or position, reflecting the diversity of points of contact with the media. A number of existing art works will be shown that express the methodological idiom of Shandyism. At the same time, artists have been invited to develop a “Shandyesque intervention” for the exhibition.

„Shall we for ever make new books, as apothecaries make new mixtures, by pouring only out of one vessel into another?” Laurence Sterne, 1760

In Laurence Sterne's 18th century novel The Life and Opinions of Tristram Shandy, Gentleman, there are black and marbled pages, missing chapters, free space for the reader to include their own versions of events, any number of inserted diagrams that either serve to clarify the performative aspect of the narrative or to illustrate the novel's extremely complex narrative structure. Individual letters are emphasised typographically so that they can no longer be articulated. The narrative thread develops from a great many deviations, and ends before the novel began. The reader is frequently addressed, either as a man or as a woman. Tristram Shandy, the dramatised narrator, is presented less as the protagonist in the story than as the author of the novel that one is reading.

The book as a medium has hardly ever been addressed with more self-reflective humour and irony, culminating in the question why so many books are written. In a sense, just this one could have been sufficient. At the same time, this approach goes beyond a domestic tradition of Modernism beyond all traditions of genre and lines of intellectual approach. Elements of Shandyism can be found in all artistic disciplines, but there are also traces of it in philosophy and politics. Its influence on art in particular has hardly been studied to date.

The exhibition Shandyismus, Autorschaft als Genre attempts to focus on Shandyism as a phenomenon/position, taking into account the historical dimensions and a new contemporary strategy to be rediscovered here. Aspects of a thematic exhibition will thus be related to a contemporary group show. Here, a number of works will be shown in which the methodological idiom of Shandyism is expressed primarily as a construction of authorship and readership. These exhibits will be accompanied by several thematic blocks focusing on narration and diagrams of a more historical nature to be presented in glass show cases, addressing the media and the interface with art, literature, film, comics, philosophy and record covers. At the same time, a number of artists will be invited to “intervene Shandyesquely”, i.e. to conduct themselves in a particular manner towards the exhibition. Even the design of the exhibition is based on Shandyesque elements, referring to earlier exhibitions in the Secession, such as Joseph Kosuth’s 1989 Wittgenstein exhibition and more recent exhibitions, e.g., Michael Krebber, Christopher Williams and Constanze Ruhm’s Fate of Alien Modes.

The American artist Andrea Bowers does not see art and politics as two fixed realities but as two realms that influence each other. Her broad interest in various forms of non-violent protest, civil disobedience and feminism is motivated by a historical awareness and archival curiosity regarding the history of political activism and its visual language or bodily expression. This interest is also decisive for her action within the art system and the very precise articulation of her art in both aesthetic and thematic terms. Bowers’ project for the Secession continues her investigation of the intersection between activism and art. The exhibition examines the people who maintain and display The AIDS Memorial Quilt and the storage facility they oversee that houses this cultural artifact.

The AIDS Memorial Quilt is an enormous quilt made by thousands of people all over the world celebrating and memorializing the lives of the people who have died of AIDS related illnesses. The quilt weighs over 54 tons and is composed of blocks (or sections) each measuring approximately twelve square feet. Each block consists of eight individual 3 x 6 foot quilt panels sewn together. Each panel, the size of a grave, contains a name. The quilt was first conceived in 1987 as a laying-out-of-the-dead to demand attention for a disease that was cutting down the young men of San Francisco’s gay community. Many of the original panels had only first names because of the stigma of the disease. While small sections are still displayed each year in schools, charities, churches and companies, the entire quilt has not been exhibited since it was laid over the Washington Mall in Washington D.C. on Oct. 11, 1996.

For her exhibition Bowers has produced new video works and drawings. All of the drawings are made in 3 x 6 foot units and all but one are displayed on the floor mirroring the size of the individual panels and method of display of the quilt. In her videos Andrea Bowers focuses on an activist employee who has been sewing and repairing the quilt since its beginning. Bowers’ interest in this project is the current fragile balance of the quilt’s role: The people who care for the quilt (a staff of once 52 now under 10) try to find equilibrium between preserving a cultural artifact and using an iconic activist tool. Historization is not necessarily negative, it is just an inevitable change. Because a cure for the disease has not been found it has become an unmanageable size. The quilt has not been shown in over 10 years because it is too costly to display and difficult to find a site large enough. There is also an emotional transition from the rage and urgency at its infancy. The majority of the current staff is women leading to investigations of women’s simultaneous roles as caretakers, preservationists, activists and artists.


In her 3-channel video The Weight of Relevance, Bowers combines interviews with staff members – predominantely women – with footage of the quilt in storage. Almost no-where in the exhibition will there be an unfolded quilt or name except in a video loop of a seamstress making repairs. The original goal of the quilt was to bring to consciousness the names of those avoided and ignored because they died from a disease that was stigmatized. Bowers’ installation reveals how twenty years later those same names are once again being silenced as the demographics of the disease change and the quilt fades from the public eye.

Leopold Kessler’s works focus on public space, exploring the topography of cities – from the traffic signs that structure urban life to the modes of behavior influenced by it. The artist’s interventions aim at squares, paths, street signs or street barriers, which serve as material for his sculptures. Moreover he has repeatedly pointed out the gaps that can be found in the systematic organization of social space.

For an exhibition at the Neue Galerie in Graz in 2006 Kessler increased the water pressure of the Erzherzog-Johann fountain on the city’s main square, with the effect that for a certain time the water spilled onto the ground around the fountain. Along with this intervention he created a video that displayed the square with the fountain in the middle from a tourist’s point of view. The tourist’s view on the city is covetous and presuming, with the intention to make urban complexity and impermeable mobility legible and more manageable. Although working with public space, Kessler does not see this as a public mission. His unsolicited actions or interventions go almost unnoticed, since they are hidden or appear as authorized acts or construction-related measures.

For the Secession Leopold Kessler has created the high-definition video Perforation Kal. 10 mm, which shows a series of interventions at various locations in Vienna. A man, dressed like a street worker (Kessler), is strolling through the quiet early morning streets in a completely self-evident manner. He punches holes in street signs using an oversized hole-puncher, which he has designed especially for this purpose. Perforating the signs seems to involve a lot of effort, requiring considerable strength while making a great deal of racket. Kessler displays an amazing nonchalance in his work and even makes himself liable to an administrative fine. Visiting various locations on one given stroll, he hardly leaves any traces behind. The meaning of these interventions cannot be immediately grasped.

Kessler directs the viewer’s attention towards the inversion of visibility and invisibility, since it is precisely the brightly visible neon-orange vest that makes him invisible for most people. Within the exhibition setting Kessler’s interventions even draw international attention.

Is Leopold Kessler interested in the holes he has punched or the signs? Do the perforated signs still function as traffic signs or have they already become sought-after collector’s items? At what point do the irregularly arranged holes result in a pattern? Can the perforation form a line, a surface as Kessler strolls through the city? Thomas Bernhard describes strolling as an act that motivates and articulates thoughts, reflecting the relation between movement and standstill. Or do these holes simply allude to the use of firearms? Street signs with bullet holes are not an uncommon sight in the outlying areas of large cities. Furthermore the choice of bullet holes is again referring to the tourist's perspective, which seeks out the potential danger as an urban attraction. In this case however, the artist's work is being shown at the Secession, one of Vienna's most photographed buildings and a major tourist sight.

The exhibition will be accompanied by a catalogue (German/English) with a text by Johan Frederik Hartle.