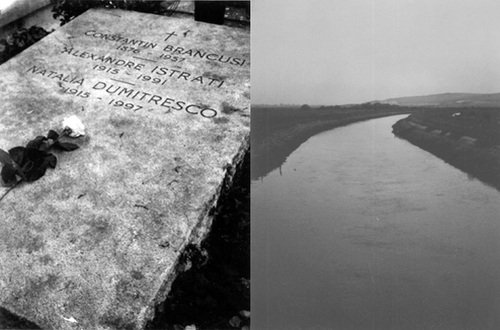 Portuguese artist Vasco Araujo presents the result of his BALTIC residency in his first UK exhibition. Araujo collaborated with local musicians and community leaders to produce the new video installation About Being Different.

Araujo's work explores ideas of community and marginality and is inspired by Benjamin Britten's Opera, Peter Grimes which is about a fisherman persecuted by his village.

Legendary American musician, singer, and poet Patti Smith, will present a series of her photographs at BALTIC to coincide with her concert at The Sage Gateshead.

One of the most influential artists in rock history, Smith came to prominence during the New York Punk movement of the early '70s and found worldwide fame in 1975 with her debut album Horses. Her unique intellectual and feminist take on punk and rock music has earned her the oft used title of "punk rock's poet laureate".

While working at a bookstore in New York in the late '60s she met photographer Robert Mapplethorpe and remained very close to him throughout his life. Smith and Mapplethorpe most famously collaborated on the cover of her seminal album Horses. The cover is a photograph of Smith herself inspired by an Albrecht Dürer self-portrait.

The first and most memorable cultural experience for a child can often be a visit to a museum of natural history. Whale bones, dinosaur skeletons, archaeological objects and wax figures leave long lasting impressions.

Artists including Maurizio Cattelan, Miguel Calderon, Oleh Kulik and Tony Matelli examine and incorporate elements of natural history in this spectacular, humorous and sometimes disturbing group show. They present us with an exhibition which takes us on a bizarre tour of man's recreation of the natural environment.

In transforming BALTIC's Level 4 gallery space into an absurd cabinet of curiosities, they provide us not only with a commentary upon the past but also comment upon the future of the human species.

The fantastical imagination of French artist Fabien Verschaere will transform BALTIC's ground floor gallery. Verschaere's first UK exhibition creates a world that exists somewhere between fairytales, dreams and nightmares. He uses wall painting, watercolours, drawing, video animation and sound to create a theatre of characters that can be humorous, menacing and sometimes disturbing.

Dazed and Confused vs Andy Warhol

20 years after his death, the legacy of Andy Warhol lives on through the work of today's contemporary artists and cultural instigators. Having identified direct parallels between Dazed & Confused Magazine and the world of Warhol, Baltic invited Dazed & Confused to nominate 10 key multimedia artists to exhibit who they feel have a specific link to a post-Warholian discourse.

This group show features the work of the artists:

David Fryer (United Kingdom) was one of the first artists to be featured in Dazed & Confused in the magazine's early issues. He has worked in London since the early 90s below the radar of yBA hype. Fryer's work shows a consistent interest in politics and issues of public space. His most recent series explores the language of religious sculpture.

Trevor Jackson (United Kingdom) works in graphic design, art direction, music writing, remixing and production, installations and performance. He has designed record covers for artists such as the Jungle Brothers and Todd Terry, set up Bite It! Recordings and Output Recordings, remixing artists such as Massive Attack and U2. He has worked with The Rapture and LCD Soundsystem as well as his own acclaimed Playgroup project.

The Kills (United States of America / United Kingdom) are a garage rock band featuring American vocalist Alison "VV" Mosshart and British guitarist Jamie "Hotel" Hince. They document their life on the road with friends and other bands, using intimately shot Polaroids. Their large collection of images is shown here for the first time, together with a video for their song Wait.

M/ M (Paris) are design duo Matthias Augustyniak (France) and Michael Amzalog (France). They have produced a huge number of beautiful and challenging graphic, illustrative interventions for magazines such as Dazed & Confused, i-D and French Vogue. M/M are best known for their collaborative partnerships with leading international artists and creatives such as Bjork and Balenciaga.

Miltos Manetas (Greece) famous for his oil paintings of wires, cables and computer hardware; created short looped fragments of video games such as Tomb Raider. He is also one of the pioneers of Internet Art and his web animation for this exhibition unashamedly expresses the huge debt felt by artists towards Warhol. http://www.thankyouandywarhol.com/

Robert Montgomery (United Kingdom) is an artist and also the Associate Publisher of Dazed & Confused. Like artists such as Jenny Holzer his works hijacks advertising space, covering billboards with melancholic and often political texts. As well as his work inside the gallery, posters from his Words in the City at Night series will appear around Newcastle and Gateshead for the duration of the exhibition.

Gareth Pugh (United Kingdom) is a fashion designer, who has brought a sculptural elegance to contemporary fashion. Born in Sunderland, Pugh regularly explores the proportions and process of making fashion with his flamboyant inflated balloon garments being the best-known example of this - referencing Warhol's 1966 installation Silver Clouds.

Rankin (United Kingdom) launched and co-founded the Dazed & Confused magazine with Jefferson Hack in 1991. He is widely known for his signature celebrity portraits (like Warhol) and consequently one of Britain's leading photographers. He continues to work in fashion, advertising and for magazines internationally.

Rafael Rozendaal (Holland) works with web design and Flash Animation, transient and disposable media reminiscent of Warhol's consumable art practice. His animation for this show muchbetterthanthis is a colourful reflection on love. http://www.muchbetterthanthis.com/

Peter Stitson (United Kingdom) has been the Art Director for Dazed & Confused for the past 5 years, supervising and influencing the magazine's artistic direction. He has created four portraits that are his personal reflection on the work of Warhol.

Matthew Stone (United Kingdom) is a founding member of London creative collective WoWoW!, a group of artists, musicians, designers and filmmakers who have become a much referenced cultural group. His photographs revisit and recreate the lifestyle for which Warhol and his associates were known.

Covering visual art, photography, performance and new media, the artists explore how some of the key themes that Warhol introduced are being further questioned, subverted and investigated in today's evolving creative landscape.

For twenty years, Serhiy Bratkov has photographed the unique absurdities of everyday life that have taken hold in the streets of Kyiv, Kharkiv and Moscow since the disintegration of the Soviet Union. Bratkov always works in series, calling into question the validity of a single point of view.

For his first exhibition in the United Kingdom, Bratkov has created a series of new portrait works which will be displayed in staff office windows visible to the public from the level 2 gallery space. By incorporating these works into the architecture of the gallery, Bratkov continues to explore his interest in new modes of large scale photography.

Alongside the photographs, will be two video works documenting the social matrix of Eastern Europeans today.