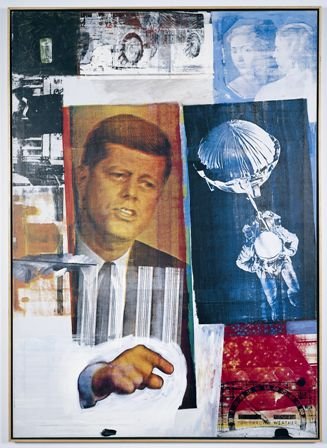 Revealing the extent to which the MCA has evolved as a major contemporary art institution during its forty year history, this exhibition showcases many of the most outstanding and significant works in the MCA's Collection. It offers a "survey of contemporary art" from our institution's unique perspective and as reflected in the works of art that have been acquired through gifts and purchases over the years, many from the MCA's own exhibitions.

As one of the three collection exhibitions marking the MCA's 40th anniversary, Collection Highlights has the most traditional presentation, organized roughly chronologically. It builds on some of the MCA's most recent exhibitions devoted to sweeping surveys of the collection, such as The Fluidity of Time (2005), and Life Death Love Hate Pleasure Pain (2002) which was accompanied by the publication of a major catalogue devoted to the MCA's most significant works.

The most recent period of the MCA's acquisitions -- mid-1990s to today -- is represented by works by such artists as Matthew Barney, Ellen Gallagher, Andreas Gursky, Jim Hodges, Judy Ledgerwood, Kerry James Marshall, Catherine Opie, Paul Pfeiffer, Tony Tasset, and Jeff Wall. Many of these artists have been the subject of important solo exhibitions at the MCA.

Collection Highlights will be presented in two parts: the first ending on February 3, 2008, and the second continuing through June 8, 2008. Extensions of the collection highlights theme also taking place throughout the year include Alexander Calder in Focus and Record Times: 40 Years from the MCA Archives. Collection Highlights will be followed by another large-scale presentation of key works from the collection pertaining to the MCA's outstanding history of collection titled, Artists in Depth, opening in late June 2008.

This exhibition is curated by Elizabeth Smith, James W. Alsdorf Chief Curator and Deputy Director for Programs at the MCA.