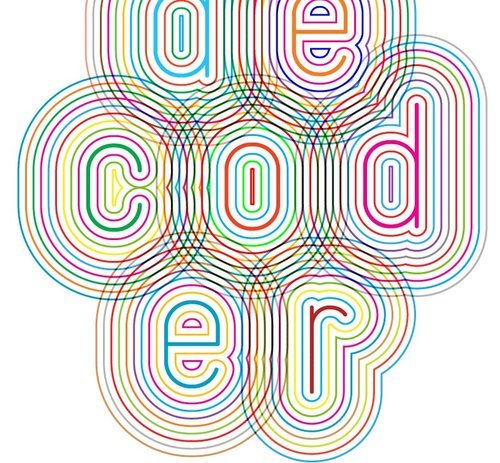 This summer the city of Mechelen will become the epicentre of the third edition of the
Contour Biennial for Video Art. The exhibition presents a selection of video works by international artists, both well-known and emerging. The most important exhibition of its type in Belgium, Contour 2007 will be presented in 12 exceptional architectural locations, all walking distance around the centre of the city.

Contour 2007 - third biennial for video art has been given the subtitle Decoder. The exhibition presents a number of video and film works in a double-edged line of enquiry. It investigates the perceptual and rhetorical mechanisms that exist which affect and shape how people assimilate their comprehension of the world. Within this investigation it also analyses the contemporary tendencies within lens-based media art practices for looking at the particular issue above, whether self-reflexive or not. The exhibition looks at the contemporary conditions and desires for consuming through the visual, and questions the capacity for effectively debating socio- and geo-political issues through this consumption. It is not intended to be a political biennial as such. Rather it looks at the means that exist through which we consume political concerns, and then interrogates itself to ask the reason why this act is relevant within contemporary art in the first place.

Aside from 8 existing works, Contour 2007 also presents no less than 9 new ones that have been created especially for this exhibition. As in previous editions, the format of a city tour combined with video art in different locations will be emphasised. The project is citywide, and a range of sites are being used. Historical sites play a role, as well as unused sites that formerly had some kind of public function. There are also sites that presently have active public relationships of various forms.

In order to give each edition of the biennial a new 'artistic injection', and therefore possessing it its own specific character, a new guest curator is appointed each time. This third edition is curated by Nav Haq, a young London-based curator, soon to be the curator at the Arnolfini, Bristol. The artistic team also includes London-based designer Sara de Bondt and Ghent-based architect house BARAK.

A catalogue with essays by Nav Haq and Nina Möntmann, plus interviews with all the participating artists, has been published to accompany the exhibition.