Other exibitions: 1937: Looking for Traces - In Remembrance of the "Degenerate Art" Campaign / Boris Mikhailov / Cesar Domela / The Discovery of the New World 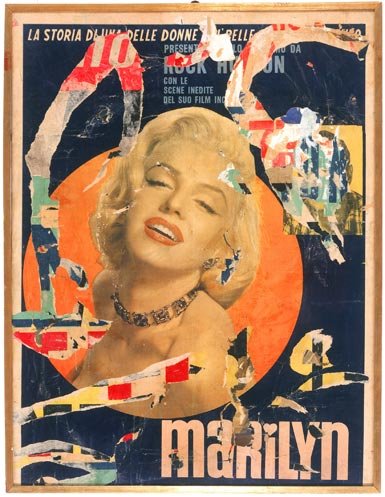 Nouveau Réalisme
A Revolution of the Everyday

The Sprengel Museum Hannover is pleased to announce an exhibition, from September 9, 2007 - January 27, 2008, entitled “Nouveau Réalisme- a Revolution of the Everyday”, in co-operation with Centre Pompidou Paris and Galeries nationales du Grand Palais. Numerous top quality works of art realised by a French artists’ group that formed in Yves Klein’s kitchen on October 27, 1960 will be on view; this group was one of the most interesting late avant-garde movements in the 20th century.

Pierre Restany made an indelible impression through his use of the term “New Realism”, which invariably also became the name of the group. Raymond Hains (died 2005) as a member of the group remembered “Nouveau Réalisme” many years later as being a kind of fraternity, where little Caesars divided the world up among themselves like one cuts up a cake. “Yves Klein took the colour blue, César selected a block of crushed cars, Arman opted for a rubbish bin. Villeglé, Rotella and myself went for ripped off posters and Christo worked with wrappings.” Nouveau Réalisme was the transition between painting and the world of truth; artists stopped making art to become personified abstractions.

A 352-page catalogue will be published (Hatje Cantz publishers) to accompany the exhibition with approx. 424 illustrations, approx. 252 of in colour.

1937 marked Hitler’s regime’s taking strict control of the art world in Germany, destroying all modern developments in art in the country. Many artists were discriminated against from 1933 and later persecuted and within weeks their works were removed from German museums.

In remembrance of the 70th anniversary of those events in the summer of 1937, the Sprengel Museum Hannover will delve into its collection of classical Modern art. This exhibition will include paintings and sculptures by nineteen artists representing the spectrum of avant-garde art at the turn of the 20th century. Remembering the stories behind these works and what happened to the artists during the Nazi era is the focus of this exhibition. A number of the paintings clearly allude to what was happening then and bear witness to the artists’ reactions. Some of the art, such as El Lissitzky’s “Proun R.V.N.2” (1923) or Ernst Ludwig Kirchner’s “Kranker in der Nacht” (sick person at night) (1920-2) were already part of the provincial art museum’s collection in Hanover before 1937. They survived the removal actions of that year and were (in the one case in 1963, in 1977 in the other) re-purchased by the government of the province of Niedersachsen (Lower Saxony). Two additional works of art, Emil Nolde’s Herbstmeer IX (autumn sea) (1910) and Otto Müller’s Liebespaar (lovers) (c. 1920), were once on view at museums in Munich and Breslau and were, in addition to Kirchner’s painting, part of the “Degenerate Art” show.

This comprehensive look at the Sprengel Museum Hannover’s collection encompasses only renowned artists’ work, including many of their most significant pieces, largely thanks to the great efforts undertaken by individual collectors, such as Fritz Beindorff, Wilhelm Stichweh, Hermann Bode and Bernhard and Margrit Sprengel. They were able to protect individual works from the ravages of 1937 so that the palette on view at the Sprengel Museum could be on view today.

A publication will accompany the exhibition thanks to support from the Friends of the Sprengel Museum Hannover (e.V.) as part of the series entitled “ About the Collection”, in the form of a brochure, “1937: Looking for Traces - In Remembrance of the “Degenerate Art” Campaign“, available for 8 €.

Three lectures delving into this theme will be given on Saturday, October 6, 2007, at the Sprengel Museum Hannover. The speakers will be Dr Christian Fuhrmeister (Munich), Andreas Hüneke (Berlin) and Dr Ines Katenhusen (Hanover).

Boris Mikhailov
LOOK AT ME I LOOK AT WATER. Or Perversion of Repose (1999)

Boris Mikhailov (born in Kharkov, USSR/Ukraine, in 1938) already made his mark in the West European / North American art scene as early as the beginning of the 1990s. Since then a great many publications, most of them artist's books, have been published. Important awards testify to Mikhailov's international significance as a photographer (The Hasselblad Award 2000, City Bank Photography Prize 2003).
Like many of Mikhailov's works, "Look at me I look at Water" combines a personal, biographical level with a visual analysis of the social context. In terms of form, Mikhailov harks back to various previously used processes. He makes use of photographs already featured in his work in other contexts. He adds new images. He rearranges and collages. He captions the pictorial narrative with with texts and fragments of texts. They reflect, on the hand, the aesthetic processes and iconographic models used and, on the other, the everyday exploitation – as banal as it is brutal – of various cultural experiences. "Look at me I look at Water" is, as the dedication suggests, also a narrative told from the perspective of emigration. Mikhailov still commutes between the East and the West, accompanied by constantly irritating notions of identity, the question of the relevance of experience and the concern with moral values. In this sense, Mikhailov's work is, in terms of content, a preoccupation with a subject matter marked by instability.

Works by César Domela have kindly been donated to the Sprengel Museum Hannover as well as the Gemeente Museum in the Hague and, to mark the occasio, the Sprengel Museum Hannover will be showing some 60 works from August 05 to November 11, 2007. The exhibition will subsequently travel to the Gemeente Museum in the Hague where it will be on view (November 24, 2007 – April 6, 2008).
This exhibition aims to provide an overview of Domela’s paintings, his plastic, graphic, typographic and photographic works, focusing on the donations made by his daughters, Anne Dutta-Domela Nieuwenhuis and Lie Tugayé-Domela Nieuwenhuis to both museums.

Until 2000, the bank (Sparkasse Hannover) assembled a comprehensive collection of outstanding works of art realised by artists who lived and worked in Hanover, concentrating on the “Neue Sachlichkeit” (new objectivity) movement, which was one of the most influential artistic styles in Germany during the Weimar Republic period. Depictions of the effects ‘art’ and ‘life’ had on each other is one of the most accurate ways of describing works by Hanover-based artists, such as Friedrich Busack, Hans Mertens, Gerta Overbeck, Karl Rüter, Ernst Thoms and Erich Wegner, who realised the bulk (47 pieces) of this group of artworks.