Art as Contextual Art. The next stage of an exhibition and research project that explores the "continuous" history of experimentation in film and art and the interaction of both fields. Grounded in the extensive Polish experimental film output of the 1970s, the show offers a selection of works mostly produced by Polish artists from that period, whilst including contemporary international artistic proposals. 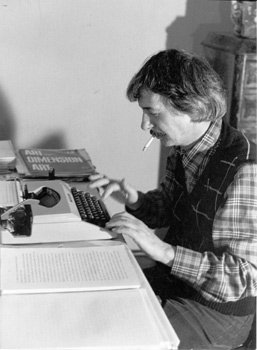 Film/Art between Experiment and Archive

1,2,3… Avant-Gardes - Art as Contextual Art is the next stage of an exhibition and research project that explores the “continuous” history of experimentation in film and art and the interaction of both fields.

Grounded in the extensive Polish experimental film output of the 1970s, 1,2,3… Avant-Gardes will offer a selection of films mostly produced by Polish artists from that period, whilst including contemporary international artistic proposals that constitute a challenge for the interpretation of the history of experimental cinema. The exhibition follows a schema structured under the following headings: Analytical Strategies. Games and Participation. Political Film and Soc Art (Socialist Art). Image and Sound. Imagination. Consumption. This specific disposition will structure the works with the aim of analysing both formally and conceptually the use of experimental strategies within visual production.

The show at sala rekalde is a new contribution of 1,2,3… Avant-Gardes entitled Art as Contextual Art. It departs from main ideas developed by Polish conceptual artist Jan Swidzinski, who in the early 1970s wrote manifestos and produced art works based on radical ideas about the importance of working within a specific socio-political context. His proposition for producing Contextual Art instead of a more universal Conceptual Art was crucial for the Polish art of the 70s. The exhibition will try to analyse the political, aesthetical and theoretical implications of working with the context of some Polish artists active in the 1970s and will also set out the different ways of negotiating with this issue in contemporary art production.

Understood in a “horizontal” way 1,2,3… Avant-Gardes points to different ideas of modernism and the pluralism of conceptual film and art production which existed parallel to one another during the Cold War period and still exists today. Read in a “vertical” way, it stands for the search for a possible historicisation of Polish avant-garde art and film, a linearity, to be discovered and reconstructed against many distortions in Polish history over the last 80 years.


The Polish film selection from the 1970s includes works by the following artists and producers:

Also on show are works by the following contemporary artists:

1,2,3… Avant-Gardes Film/ Art between Experiment and Archive, initiated in the CCA Ujazdowski Castle in December 2006, was curated by Lukasz Ronduda and Florian Zeyfang. The exhibition, following the divisions and theoretical background described above, brought together for the first time the idea of combining archive material based on Polish experimental film production of the 1970s with contemporary artistic proposals.

In the Künstlerhaus in Stuttgart, the exhibition, curated on this occasion by Lukasz Ronduda, Florian Zeyfang and Axel John Wieder, was inaugurated in June 2007. This time, the exhibition concentrated more extensively on the experiments of Polish architect Oskar Hansen and his concept termed Open Form, which was originally developed within the context of international late-modernist debates on architecture in the 1950s and later taken up and further pursued in the direction of film and performance.

In sala rekalde, the exhibition now curated by Lukasz Ronduda, Florian Zeyfang and Leire Vergara extends the initial structure presented in Warsaw with a new list of artists from the Spanish and Basque context. In addition, the symposium Art as Contextual Art, organised as a parallel activity to the exhibition, proposes to analyse the artistic potentials from the past and present time of working with specific contexts. Ideas like universality versus singularity will be developed critically. The activity will be divided into two different sessions: on 15th January 2008 with Carles Guerra, Jan Swidzinski and Jan Verwoert and on 8th February 2008 with Judith Hopf, Asier Mendizabal and Rachel Weiss.

The exhibition is accompanied by the book 1,2,3… Avant-Gardes. Film/ Art between Experiment and Archive published by CCA Ujazdowski Castle and Sternberg Press. For the occasion, sala rekalde has published for the occasion an extended edition of Spanish and Basque translation booklets.