My No Man's Land. The exhibition addresses the issue of boat people, a problem the Italian public sees itself increasingly confronted with. Migliora's project arose in wake of an incident that happened last spring and made its way to the Italian newspaper columns. 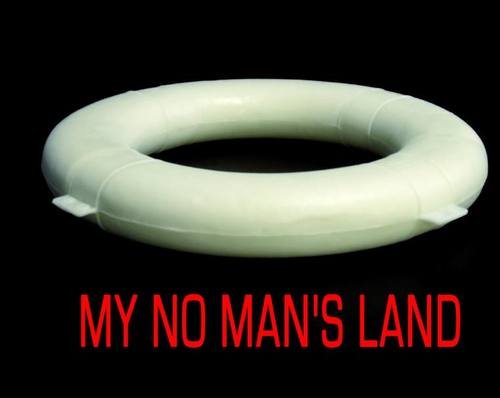 We are delighted to announce the first solo show in Germany by the Italian artist Marzia Migliora. Her exhibition "My no man's land" addresses the issue of boat people, a problem the Italian public sees itself increasingly confronted with. Marzia Migliora's project arose in wake of an incident that happened last spring and made its way to the Italian newspaper columns. A boat packed with immigrants was spotted at sea in non-territorial waters - off the Maltese coast - and was left at the mercy of bad weather conditions, despite having been reported by the AFM (Armed Forces of Malta) patrolling the territorial water borders at the time. "Monitor and keep at a distance" was the command given by the Maltese government to the patrol, ignoring all cries for help as well as a remedy red flag waving in the wind. The Maltese government let the boat reach Italian territory by itself, placing the responsibility of the refugee rescue and shelter on another government. But it was already too late for rescue, the vessel - sarcastically described as "a ghost vessel" once engulfed by the waves - had already sunk.

"How can one travel to that from which one cannot move away?" Samuel Beckett asked himself in one of his diaries. Beckett described his work as my no-man's-land. Marzia Migliora borrows this definition and interweaves a parallel with high sea; that part of non-territorial waters where, in theory, all states have rights but where often civil and moral duties are not accomplished. Marzia Migliora picks up the command "monitor and keep at a distance" as a red neon writing, translating it into a warning sign. In doing so she opposes the rules of a society that is governed solely by economic interests to the incomprehensible failure to render help.

Three life belts made of white soap, a series of black and white, surreal drawings, staged photography along with the video film "Storm" complete her exhibition. "My no man's land" summarizes the main themes that characterize the artist's work: Desire, memory and loss - focal points to reflect identity - are set into relation to social and political reality. Marzia Migliora was born in northern Italy in 1972. She lives and works in Turin. In the late nineties she has taken part in many international group shows. Her most recent single exhibitions include in 2007 Bianca and her Opposite at Lia Rumma Gallery, in Milano, in 2006 Tanatosi, held at the Fondazione Merz in Turin, The Agony & The Ecstasy at FACT - The Foundation for Art & Creative Technology in Liverpool and in 2005 Download now, at the Italian Cultural Institute of London, Appassionata at the MART in Rovereto, Pari o dispari at the Fondazione Sandretto Re Rebaudengo in Turin in 2004 and Punto croce at the Galleria Civica d'Arte Moderna e Contemporanea in Turin in 2001.