Revolution I Love You

1968 in Art, Politics and Philosophy. The exhibition brings together works created in the immediate aftermath of 1968, more recent artistic responses to the legacy of that world-changing year, as well as current approaches to contemporary social and political struggle. It investigates 1968 as an interlude of liberty and global resistance, focussing on the interplay between the politics of the street, radical philosophy, and the explosion of creative responses in the period. 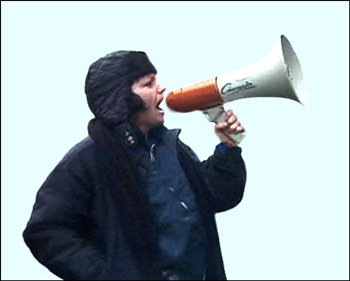 'Revolution, I Love You' is a slogan from May '68 that recalls the exuberance, deep desire for change and belief in the possibility of freedom illuminating a precious moment of universal revolt. The exhibition investigates 1968 as an interlude of liberty and global resistance, focussing on the interplay between the politics of the street, radical philosophy, and the explosion of creative responses in the period. It considers the modalities of the unrest across Europe against the backdrop of contrasting economic and political systems in East and West.

Exhibition publication
Revolution I Love You: 1968 in Art, Politics and Philosophy considers the interconnection of art, politics and philosophy in 1968 across a divided Europe. It is a mosaic of interviews, statements and essays by prominent theorists, historians, curators, cultural workers and artists that shows the multipolar and interrelated experience of that extraordinary year. Contributors include: Katja Diefenbach, Simon Ford, Maja and Reuben Fowkes, Rajko Grlic, Jens Kastner, Kostis Kornetis,Viktor Misiano, Lukasz Ronduda and Gaspár Miklós Tamás.

Days of 68
The exhibition is one of a number of events being organized under the title "Days of '68", in association with the Thessaloniki Film Festival and the historical review Historein, and will feature a special film season (5-15 May, at the Olympion), and two conferences (4 May in Thessaloniki and 5-6-7 May in Athens).

The director of the Contemporary Art Center of Thessaloniki, Syrago Tsiara explains: "We do not believe the time has come to consign the events of May '68 to the museum. We are trying to find whatever has retained the vitality of that extraordinary year and can still give meaning to contemporary life. Even if the political causes championed in that month of May, forty years ago, have – in many cases – been utterly lost, the fact remains that society has undergone radical changes. Sexual liberation, the radicalization of the feminist movement, the claiming of equal political rights, the anti-war and green movements have defined, to a great extent, the way we think and act today as actively engaged citizens."