Neither Either Nor Or

The exhibition brings together a collection of works by nine artists, ranging in form from video and film installation to photography and performance. The link between the works is due to common structural features rather than a particular issue: all address questions of readability, borderline cases of understanding and the understandable in a radical way. 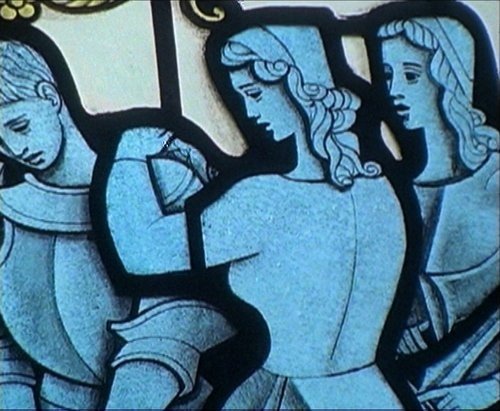 Neither Either Nor Or brings together a collection of works by nine artists, ranging in form from video and film installation to photography and performance. The link between the works is due to common structural features rather than a particular issue: all address questions of readability, borderline cases of understanding and the understandable in a radical way.

The works make deliberate use of complex, in some cases contradictory codes and references that produce an overabundance of possible interpretations, thus preventing us from cutting to the “core” of meaning or focus on forms of disappearance, forgetting, disguise, and transformation. Language as an instrument, with which we produce and decode meaning, organise and systematically categorise our experiences, and as a medium of an “other” meaning – nonsense, paradox, deception – plays a key role here: word and gesture appear as infinitely flexible generators of order and diversion.

As such, the exhibition fundamentally reflects the relationship of language and action to space, the dialogue between the space of the art work and the space of the viewer. The works constantly create a sense of uncertainty as to what we see, how we see it, and where we stand. By constantly forcing the viewer to adopt a new position, they assume an almost performative dimension. The reflective distance from where inside/outside, true/false, neither/nor, and either/or appear to be alternatives dissipates.

Ignasi Aballí’s lists are inventories of found text material. Emotionally charged key concepts from our everyday discourses are isolated from their media context, re-combined, and thus formed into abstract indexes. These columns of numbers and terms generate meaning from the pure quantity of “information”, i.e. from the relations that the various elements necessarily enter into with each other. They form clusters of graphical signs, in which meanings continue to echo without becoming manifest.

In L’École des pickpockets (The school of pickpockets) Augustijnen documents a practice that usually takes place out of the public eye: He observes two professional teaching their craft to an amateur. Despite their obvious professionalism, the viewer inevitably begins to doubt their role: Why should they explain their secret art to the public in this way, given that its success relies on its concealment?

L’Histoire belge (Belgian history) presents episodes in Belgian history that, despite the serious presentation in the style of cultural heritage exhibits, always remain improbable. Names, dates and events come together to form recognisable patterns with unexpected associations and parallels. Down the centuries, everything seems to be conspired with everything else – including coincidence with coincidence.

Fait divers links the objectivity of black-and-white photography with elements of the surreal. In the form of production stills for a play, the piece documents events that can hardly have taken place in this form: A couple has a lawyer convert their legal status to that of mother and adopted daughter. Here photography testifies to the event character of what is visibly presented, while there is a gap between visible and alleged event that can only be filled by means of speculation.

The series presents different forms of stage situations – scenes from fictitious plays, set designs, the evening before the performance – executed with the devices of decorative painting. David doubles up the codes and conventions of theatre and the theatrical so as to perform aspects of shame, doubt and uncertainty in these sets: moments of exhibition in which meaning is discontinued and begins to assume other forms.

David Lamelas’s film is based on a text by British psychoanalyst R. D. Laing concerning the paradoxes of human action, which he translates into poetically condensed language games. By nesting different media formats and levels of perception, the linearity of our reading becomes inextricably entangled in logical and temporal "knots" and our private readings intertwine with each other in a common physical place.

Untitled is a fragment of a feature-length film to be released this autumn based on Martens’ journeys to Congo. Focusing on the global marketing of images of human poverty, that bring least benefit to those depicted as victims, Martens instructs a number of Congolese photographers in how to produce and market pictures of the poverty of their fellow-countrymen themselves. At the same time he thus questions the ethical standards of reporting on the suffering of other people, thus confronting us with the contradictions of our speaking and looking.

Emily Wardill’s film translates allegorical representations on historical church windows into short performative scenes. In pseudo-historical costumes and a set distorted in perspective, five actors recite texts that are as poetic as they are grotesque. Like the coloured splinters of glass of the church windows, aspects of pop and absurd theatre, TV melodrama and transcendental philosophy piece together seamlessly. Their meaning, however, melts away in the overabundance of possible interpretations.

Gail Pickering’s work is based on text fragments from manifestoes of revolutionary groups from the 1960s and 70s. In the performer’s language and gestures, she acts out their political attitudes, bridging the gap in time, at the same time subjecting them to scrutiny in terms of their message and effect. Four life-sized sculptural letters spelling out the word “Zulu” serve as a stage and prop, thus setting her action in an open field of associations with anticolonial resistance, exotism and the symbolic power of signification.

We see the artists in a strictly choreographed interaction with a large white wooden board. In a fluid sequence of synchronous movements they manipulate the physical arrangement of their set: The board becomes a movable wall that divides the visible space, folding it, giving it depth or taking its depth away, making the figures in it visible or invisible. It thus imperceptibly undermines the statics, the physical and ideological foundation of the white cube of the exhibition space in which the work is showcased.