From the 1980s to date he has made a range of different works, including photographs, drawings and installations, as well as his renowned word sculptures. This solo exhibition contains new photographic and sculptural work revisiting familiar themes like stardom and emotional narrative. 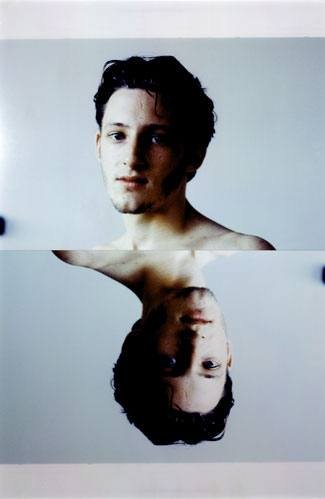 Jack Pierson (°1960) is a crucial American artist. From the 1980s to date he has made a range of different works, including photographs, drawings and installations, as well as his renowned word sculptures. His first solo exhibition at the gallery contains new photographic and sculptural work revisiting familiar themes like stardom and emotional narrative. Unidentified Youth is a series of 15 black and white pigment prints. They are meant to describe the suicide of a young boy, witnessed by the artist on the Seine one September afternoon in Paris. The pictures can be seen as immobile cinema. Purposefully obscure, they are illustrating the ambiguity of the subject matter. Unidentified Youth exists in a contradictory space between emotional detachment and nostalgia. The work seems to ponder both the idea of tragedy and its subsequent commonness. Within this visual space, there is room for any number of projected narratives, from the stories behind L’Inconnue de la Seine to Balzac’s The Wild Ass. This vast literary hunting ground is a space Pierson frequently treads.

Antinous is a sculptural work comprised of gilded letters, which also addresses the themes of youth and tragedy. It references the youthful lover of the Roman Emperor Hadrian, who drowned in the Nile. The cause of death has been heavily speculated, yet never determined. Unlike the unidentified youth, the death of Antinous was paid great tribute. His idealized beauty was immortalized via coins, statues and cities built in his honor. His image is one of the most widely documented from antiquity, and he is often likened to the Roman Bacchus, as well as to the Egyptian God Osiris. Devotion, tribute and the cult of personality are reoccurring themes in Pierson’s work. A very clear illustration of this can be seen in the sculpture Elvis, also comprised of found signage. By using a dynamic combination of letters, the artist conjures up a glorious and youthful Elvis Presley, optimistic and blind to the descent that awaits him.

While most commonly known for a linear approach in his word sculptures, some of Jack Pierson’s earliest gestures with this medium were more formal in nature. In Kouros, 2008, the artist revisits this idea, deconstructing the line and the literary by reconfiguring his procured materials into an abstracted form. In this case, a large phallic totem is created. The phallus having always been the symbol of religious devotion and dedication, serves as the perfect crescendo to an exhibition built around masculinity and the passing of youth. These new abstract word sculptures represent Pierson’s newest body of work. They were first debuted in March 2008 at a retrospective of Pierson’s work at the Irish Museum of Modern Art in Dublin. Jack Pierson has widely exhibited in both Europe and America. He participated in the 2006 group exhibition Martin Maloney, Robert Mapplethorpe, Jack Pierson at Xavier Hufkens. He had important solo exhibitions at the Museum of Contemporary Art, Miami in 2002 and at the Centre d’Art Santa Monica, Barcelona in 2007. Earlier this year a retrospective exhibition of his oeuvre was held at the Irish Museum of Modern Art, Dublin.