Currently participating in Gasworks' international residency programme, Andrew Esiebo, Mahmoud Khaled, Goddy Leye and Pedro Ortuno present an open studio, inviting visitors to view and discuss their works. Their residencies are part of an exchange programme initiated by Africa Beyond, an organisation foregrounding African arts and culture in the UK. 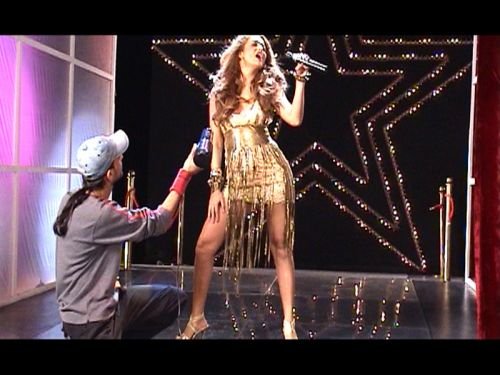 Currently participating in Gasworks’ international residency programme, artists Andrew Esiebo (Nigeria), Mahmoud Khaled (Egypt), Goddy Leye (Cameroon) and Pedro Ortuño (Spain) present an open studio, inviting visitors to view and discuss with the artists their works in progress, developed during their time in London. Esiebo, Khaled and Leye’s residencies are part of an exchange programme initiated by Africa Beyond, an organisation foregrounding African arts and culture in the UK.

While in London, Andrew Esiebo has been developing a project exploring the experiences of Nigerian individuals and families who have migrated to the UK. Through photography and audio recordings, he is investigating the complexities of the migratory experience and exposing the tensions between the dreams and realities of starting a new life.

Mahmoud Khaled, has been working in video and performance to investigate the careers of Egyptian male belly dancers based in London in parallel with his own career as a contemporary artist. In addition he has continued a thread of interest in the aspirations and patterns inherent in wedding rituals.

While on residency, Goddy Leye will explore the potential of London as a site for cross-cultural exchange and dialogue. He will join the Southbank Centre’s ongoing residency community of practitioners in various disciplines, engaging with a diverse creative and intellectual environment in both the making of new work and the re-presentation of existing work.

Pedro Ortuño has long been interested in Parallel Cinema and other regional filmmaking practices, and during his residency has focused on the work of Palestinian filmmakers in comparison to the tendencies of mass news media. His interviews with various directors forms the beginning phase of a new work to be presented at the open studio.

Screening: The Other Side of Bollywood 2007 (77min), Sunday 29 June, 3pm
Ortuño's film results from a period of research in India which looked at the development of Bollywood in India, alongside the influences of Hollywood on the one hand and the tradition of 'parallel cinema' on the other. Using various framing devices, the film gives a literal glimpse from the other side of the camera; the projection booth; and the labour divide. Interviews with artists, Bollywood stars, and directors inform this wide-ranging artist documentary.